In this week's post, Kelly expresses her love for magazines and recaps what London has in store for budding journalists making their way across the pond.

As a journalist, or a writer in general, there are a few must-see and do experiences in London. Whether you’re interested in newspapers, magazines, or simply publishing, there are a few things worth checking out.

A copy of Stylist Magazine.

If you’re really into magazines as I am, it’s imperative you buy up the UK versions of the US magazines you love the most or vice versa. I snatched up British Cosmopolitan not too long after landing in the country. I also checked out Elle, Marie Claire, and Vogue. It’s quite intriguing to compare the UK and US versions of the same magazine. Cosmopolitan is one of my absolute favorite magazines, so I knew the US version well enough to notice how different it is from the UK one. Although they are two branches of the same brand, they each put a heavier focus on different verticals of the magazine. Checking out UK magazines that you can only find in the UK, like Hello! Fashion Magazine, is something worthwhile, too.

Tip: collect the UK version of your favorite US magazine.

What you really need to take advantage of, though, is the free magazines you can get your hands on. During morning and evening rush hours, you can get ahold of free copies of Time Out, Stylist, and the Evening Standard Magazine. You can’t snatch a copy of each of those daily, but you will be able to grab a copy of something on your daily commute. If you’re a newspaper person, this is where and when you can grab a copy of the news as well. If you love it all, you’ll be in journalistic heaven.

Picked up the London Evening Standard during my commute.

The first copy of a magazine I picked up from outside Camden Town tube station was the Evening Standard, and it had David Beckham on the cover. I remember it like it was yesterday and still have it. I’ve actually kept all of the issues I’ve picked up and plan on bringing them back home with me. 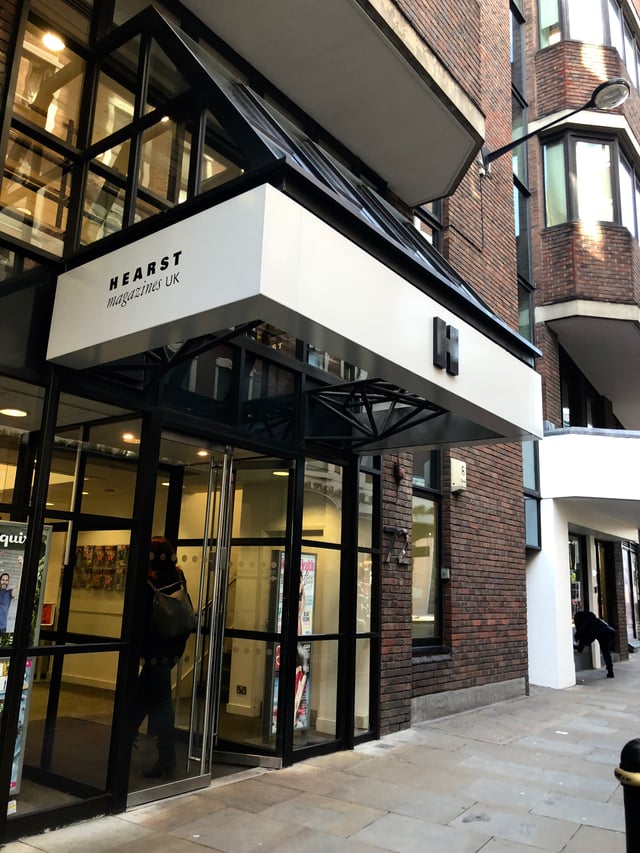 Being a journalist in London is like being a journalist in New York City. You have a lot at your disposal. If you’re into a little sightseeing, stop by the outside of your favorite publishing house’s offices. I was able to peek into the lobby of Hearst UK’s offices in Soho, and it was pretty exciting—I geeked out. 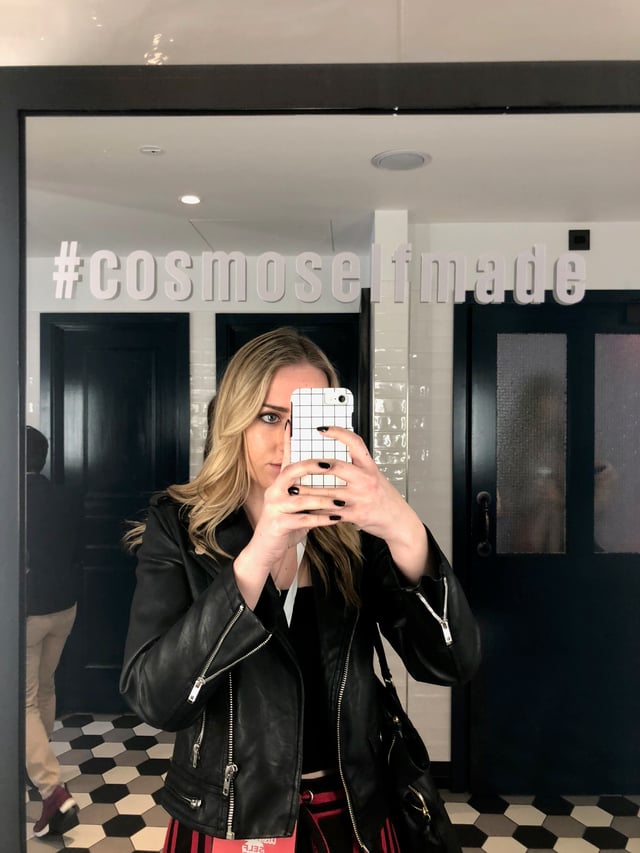 Attending the Cosmopolitan Self Made Summit hosted in conjunction with Tinder.

They just moved to a new location according to Farrah Storr, Editor-in-Chief of British Cosmopolitan. Her Instagram revealed the House of Hearst overlooks Leicester Square now. I’m not sure how visible that is to a civilian, but it doesn’t hurt to find out. 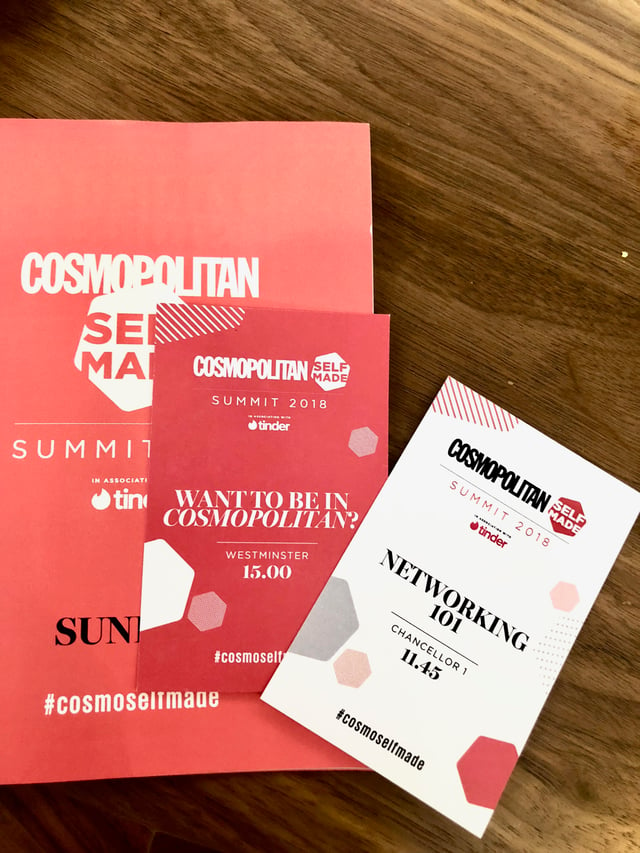 The Cosmopolitan Self Made Summit was full of learning and networking.

Another must-do if you’re a journalist in London is read up on and go to events held by your favorite magazines (or newspapers and publishers). I went to an event British Cosmopolitan hosted in association with Tinder called “Cosmopolitan’s Self Made Summit.” 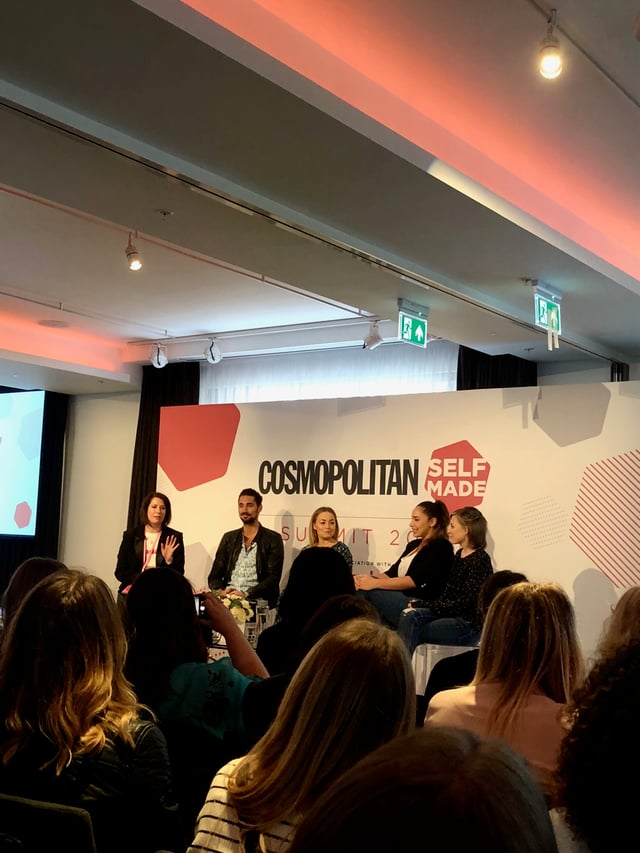 Hearing from a panel at the summit.

It was such an incredible event full of networking, learning about Cosmopolitan, eating and socializing, and listening to multiple speakers.

Wherever your journalistic interests lie, there’s a lot out there if you look for and take advantage or it.