What Makes Barcelona a Global City?

The UN estimates that, by the end of this century, 84% of people will live in cities. Barcelona is a welcoming one, a community that embraces and encourages diversity, ambition and creativity. It’s a city that is thinking ahead, that is actively preparing itself for the future and for growth.

It was recently ranked one of the world’s top “smart cities”, having long placed a great importance on urban technological innovation. It puts the internet of things (IoT) to work with street lighting that’s been rigged up with free wifi, sensors that monitor everything from garbage bins to air quality and a program that has increased water conservation savings by 25%. The city estimates that IoT systems have created some 47,000 new jobs and, as you can imagine, there’s a lot more going on already and in the works than the few systems we’ve listed here. 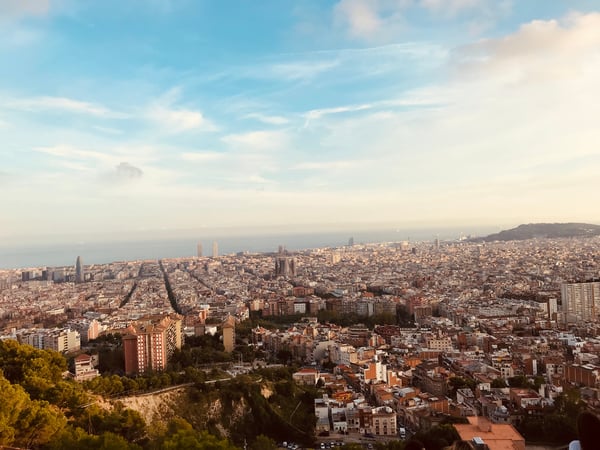 An overview of the entire city of Barcelona.

The economy also gets a boost from its reputation as a startup hub. It’s not quite Silicon Valley, but they do have Barcelona Tech City which is working to put Barcelona on the map as a leader in the global tech scene. It’s already ranked 5th most appealing city for startups in Europe; more than 1,000 tech startups are based in Barcelona and they’re attracting the attention of investors. Catalonia’s startup economy as a whole employs about 11,700 people. Barcelona is also the 3rd preferred European city for entrepreneurs.

This community of startup companies and entrepreneurs has a lot of support, boosted by local infrastructures, a network of incubators and accelerators, and opportunities for collaboration. There are initiatives, like Fab Labs which teaches people to be more entrepreneurial, that have seen a lot of success in educating people and encouraging business to bloom. 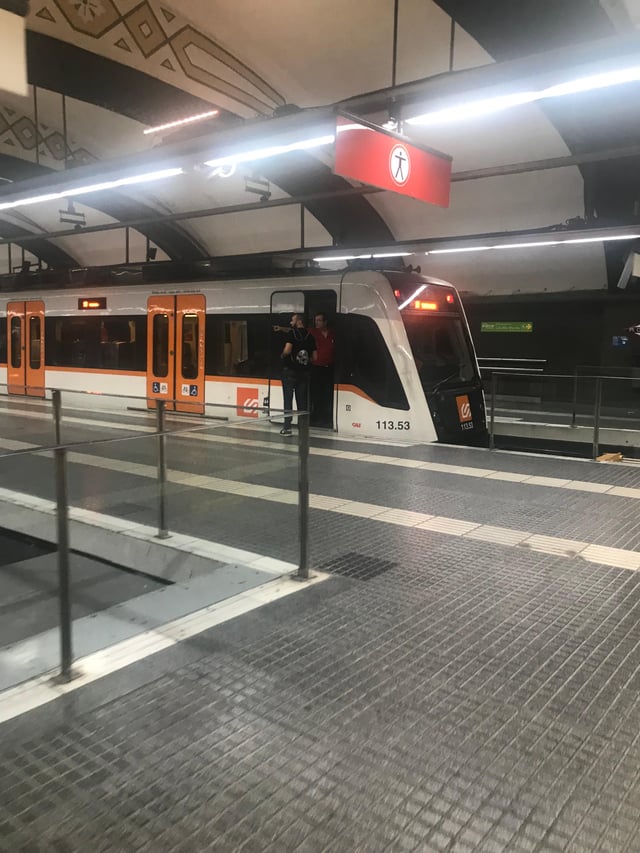 The trains make up part of Barcelona's excellent public transportation.

With it’s enviable weather, innovative food culture and excellent public transportation, foreign companies are also putting down roots here. There are about 5,000 of them in Catalonia, 90% of which are based in Barcelona. It’s a powerful city, economically, and has the ability to carry on in that direction. One of the ways it continues to attract foreign business is through hosting world-class conferences and expositions with Fira de Barcelona, the 2nd largest trade fair and exhibition centre in Europe at its disposal.

Its location as a major port city on the Mediterranean hasn’t hurt in attracting new people to the city, either. The Port of Barcelona is the busiest European passenger port. Plus, the fact that National Geographic placed Barcelona first on a top 10 list of the world’s best beach cities back in 2010 alongside Sydney and Santa Monica has given it a few extra bragging rights that have long outlived the article. 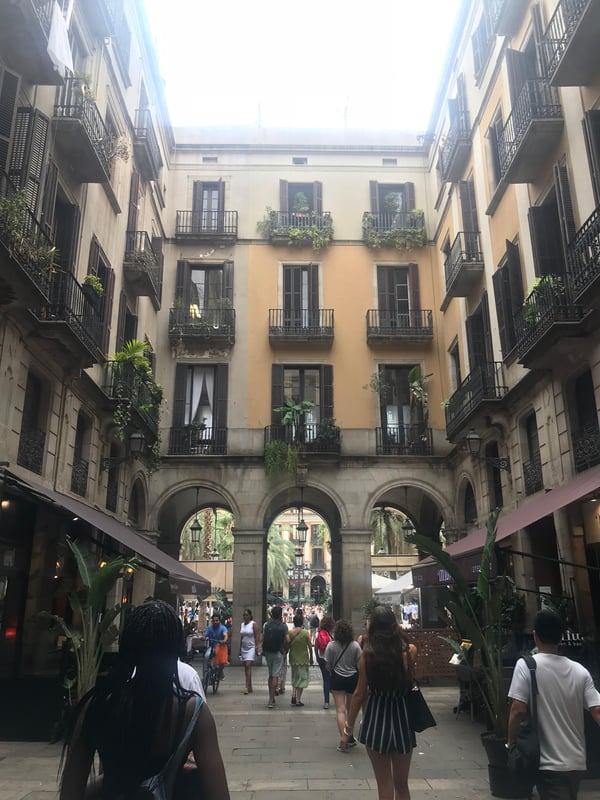 A diverse population can be found in Barcelona.

Walk through the city’s streets and you’ll come across people from cultures around the world; 17% of its 1.6 million residents were born abroad and it’s the 4th most visited city in Europe. It is home to Spain’s largest Muslim and Jewish communities, though the majority of residents still identify as Roman Catholic. There are also 542 centers of worship here and they’re dedicated to 22 different religious traditions. Speaking of diversity, did you know that Spain became the 4th country in the world to legalize gay marriage? Barcelona is considered one of the most LGBT-friendly cities in the world.

Among all of the above, the city is also a bustling center for tourism, art, fashion, architecture, sports, science, media, and culture and its influence across the globe in these areas and others has lead it to become one of the world’s major global cities.

Find out how you can study abroad with CAPA in Barcelona!