What to Do at the Airport: New Landscapes

I have spent a significant amount of time in airports just recently and have been thinking that for some of our students who have never flown before (more than we sometimes realize) this may be their first encounter with a “foreign” environment.

For even frequent travelers, the airport is a landscape worth observing for its strangeness. We tend to pass through airports eyes focused not on the now but on the ultimate destination. We are usually semi-conscious of the spaces we move through except in a highly-selective manner. We engage only with those locations that contain things we want to consume or own; in my case this involves the duty-free shop to buy life’s basic essentials (Scotch and cigarettes) and to spray the most expensive cologne tester liberally and indiscriminately about my person. My usual expenditure on after shave is around the $8 mark. An opportunity to salvage a bottle selling for around $120 is irresistible.

These encounters with intense consumerism remind us, of course, that airports are not just about flying but are centers of capitalism in microcosm: concentrations of acquisition. Almost all of the shops are luxury suppliers; the kind of place I never visit in any other circumstances. Some of these exotic emporiums are also puzzling: who would buy a suitcase in the departure lounge? The presumption has to be that, as you are already on the way somewhere, you already have some kind of luggage sufficient for current requirements. Who, equally oddly, would buy a notebook of very thin blue paper for $120?

We do buy books though even if only as a means of alleviating the boredom of waiting. Even in that context, there are peculiarities. Most airport bookshops carry editions labelled “Airport Exclusives.” These are always bigger and heavier than standard paperbacks. To be fair, they are usually new publications, not yet available in the outside world, but why, when you are already burdened, are they not produced in lighter, smaller formats? 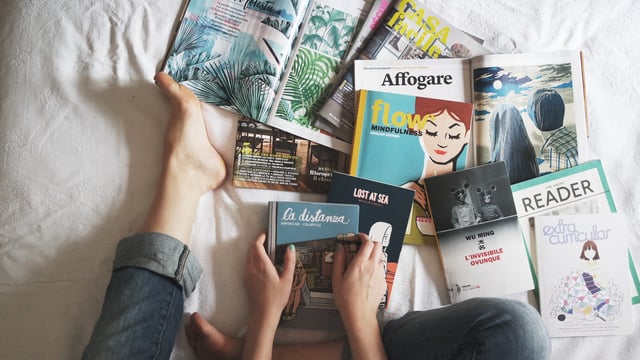 While inanimate objects offer many diversions, it is as always human behavior that most intrigues. Airports are places of intense emotion. The ways in which different nations say farewell or greet each other more or less correspond to stereotypical expectations. The British mutter and Italians weep. Eruptions of joy and anguish and the passions of strangers are consistently fascinating. Observing the English demonstrates the degree to which love is an embarrassment, a matter of restrained discomfort. The fact that this is an iceberg with much below the surface is only apparent when you observe that eyes, like echoes, return repeatedly to the source of happiness.

These moments of emotional intensity are performed in a paradoxical location: both public and sterile, sharply lit without the shadows in which these private rituals might more appropriately be conducted.

The airport is also a place of tension in which the innocent go through ordeals more commonly associated with suspects and criminals. There are few other places in which law-abiding citizens have their property and persons examined by X ray and human hand. Equally disconcertingly, on arrival and departure we are required to show our “documents”, to prove our identity to a machine or, worse, to a gatekeeper who guards the natives from the intrusion of aliens.

Observing the diverse reactions to these processes reveals the degree to which individuals feel innately guilty of something (as if “original sin” was a sociological fact rather than an Old Testament tale).  Theological distinctions are also apparent (Jews and Catholics share a profound sense of guilt that is manifest in every imaginable circumstance). However, in all cases, some form of unease and irritation is observable. Unfamiliar encounters with authority are marked by the discomfort of the innocent. Only the truly guilty can saunter untroubled through these ordeals. 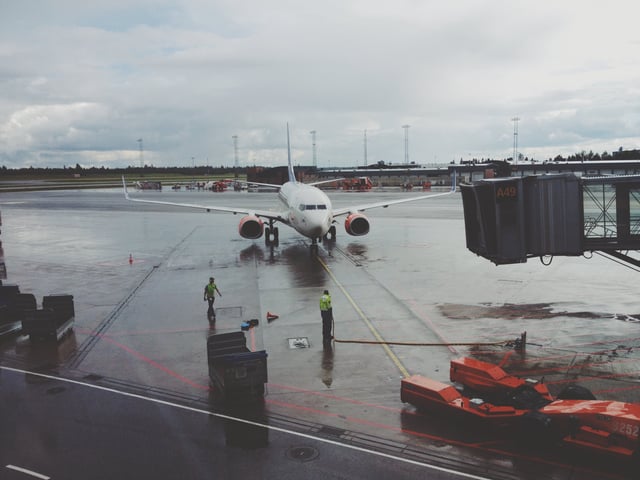 Another observable distinction is between seasoned travellers and those for whom that airport is alien space. In the artificial world of coming and going, humanity is not divided by race, ethnicity, gender, religion, sexual preference, caste or wealth. There are only two classes: those who understand the etiquette of airports and those who do not; those who move away from the top of the escalator and those who gather there in collective bewilderment to ponder what to do next; those who abandon water bottles before security and those who bury them at the bottom of hand luggage. The intensity with which the experienced traveller resents the obstructions caused by the inexperienced matches (even exceeds) the visceral class hatred expressed by the Bolsheviks for the Romanovs in Tsarist Russia.

A remarkable, if bizarre, aspect of this deep alienation between otherwise presumably rational humans is that the skills required to negotiate airports effectively are unique to that environment. In no other space are you required to know whether or not your after shave is less than 100 millilitres.  In no other space is it a social necessity to be able to remove your shoes in one single, smooth manoeuvre. Public displays of laptops are rarely required in polite society.

Beyond these peculiarities, it is apparent that airports are unique environments devoid of nationality, geography or conventional measures of time. There is no dawn or dusk. The only time that matters are those of arrival and departure. The airport contains paradoxes: we are mostly anonymous but display and observe intense personal passions. There are other observable contradictions: in the midst of constant movement, coming and going, there are significant clusters of immobility. Those poor souls engaged in the business of waiting perform a parody of absurdist drama, a disturbing premonition of purgatory, endless stasis without ostensible purpose.

I do not enjoy being in airports. I assume that our students also do not experience those environments in a state of bliss. But, we have choices. We may decide to pass through in suspended semi-consciousness – a somnambulist with non-specific anxieties. In that case, we will fail to experience unique space and an alternate reality.

The airport offers a precise, minimalist example of constructed space (larger than a maze or theme park but smaller than a village). In that sense, it represents a useful metaphor.  Outside of the natural world, all the environments in which we live and teach are constructed. They are made and unmade by history, technology, architecture, conflict, peace, intention, error, stupidity, brilliance, the conjunction of past and present, myths, and any number of other accidents. The airport is a space that simplifies and reduces those complex factors to observable variations.

The city is constructed space with its own rules and conventions though they may well perplex even those of us who live there. Our tendency is to imagine that the place in which we reside is inevitable, analogous to nature, but that is a form of myopia. The airport is a microcosm that may offer perspectives and pathways to enhance understanding of other environments. Most obviously, we might discern distinctive functions of space – waiting, leisure, shopping, weeping, eating, moaning, staring aimlessly into space, and so on. Arrivals and departures raise questions of the purpose of movement: are we going somewhere with hopeful anticipation or escaping desperately from another place? What kind of class distinctions are demonstrated? There are spaces called private lounges. Who gains entrance? How do we relate to stress, authority, tension? In what parts of the airport are we effective actors and in what parts are we acted upon?

I would not impose upon our students more time than is absolutely necessary in airports. However, there are behaviors that might usefully be observed. We might draw upon what they have seen and experienced to demonstrate a critical aspect of our reality. We live in spaces constructed over time, that represent purpose and the failure of purpose. The environments in which we live are profoundly complex, shifting, shaped and shapeless.

If we can encourage students to observe the first “foreign” space they encounter en route to studying abroad, we will have started to inculcate key qualities that empower them to become active learners: to listen rather than just hear; to observe rather than just see.

Just being somewhere teaches nothing. We aspire to empower students to explore and analyse space so we may just as well begin at the beginning. The check-in desk is not simply a real place; it is a metaphor for the processes of beginning the journey towards a better understanding of all those places we pass through on the rocky road to somewhere else.