What to Expect When You Shop for Groceries in Dublin

In this week's post, Brandon takes us to Lidl and Aldi and shares what it's like to shop for groceries in Dublin.

I thought that I would take you on a tour to a local supermarket today. Firstly, supermarkets in Ireland are extremely different from those in the United States. Most are about the size of a convenience store in the United States, which was very disconcerting when I went out grocery shopping for the first time. For instance, the closest supermarket to Griffith College is a Tesco. It’s a quick five-minute walk. However, there is a Lidl and Aldi down the street in Rathmines, which is around a 20-minute walk. This is where I go for groceries, as their selection is far larger than the Tesco and they have more products. I have been to both supermarkets, and can say that their prices are nearly identical, but the Lidl has a greater variety of products in my opinion. They are directly across the street from each other, so it does not take any more time to get to one or the other.

I cook vegetarian at home, so my groceries may be more or less expensive than what you might buy on a shopping trip in Dublin. However, the above photo shows my groceries that I purchased at Aldi. The total bill for all of these groceries was 25 euros. As you can see, I was able to buy two bunches of bananas, six cans of beans, three peppers, bread, and spinach to name but a few of my groceries.

The photo below shows the groceries I bought at Lidl. The total cost came out to 24 euros. Without naming all of my groceries, I purchased two bunches of bananas, five different sauces to use for curries, two avocados, leeks, and two bags of kale. 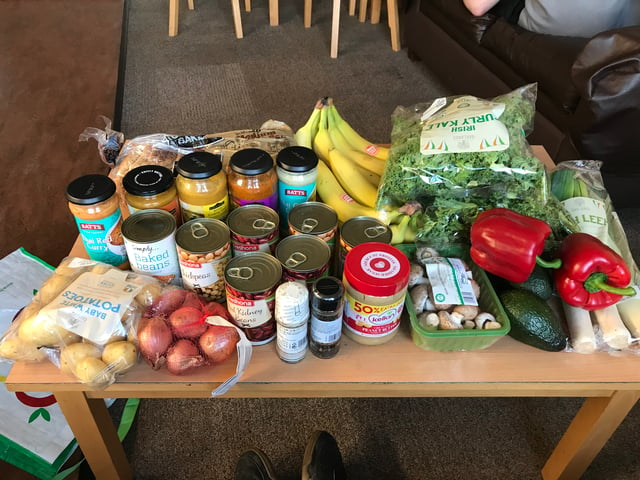 I was expecting to pay heavily for groceries in Ireland due to the euro being stronger than the U.S. dollar, but so far, my grocery bill has been very low. Both Lidl and Aldi have sales and discounted prices like any supermarket in the United States, which is great for a college student such as myself. For example, at Lidl this week, they were having a sale on avocados, so I was able to buy two for less than a euro. 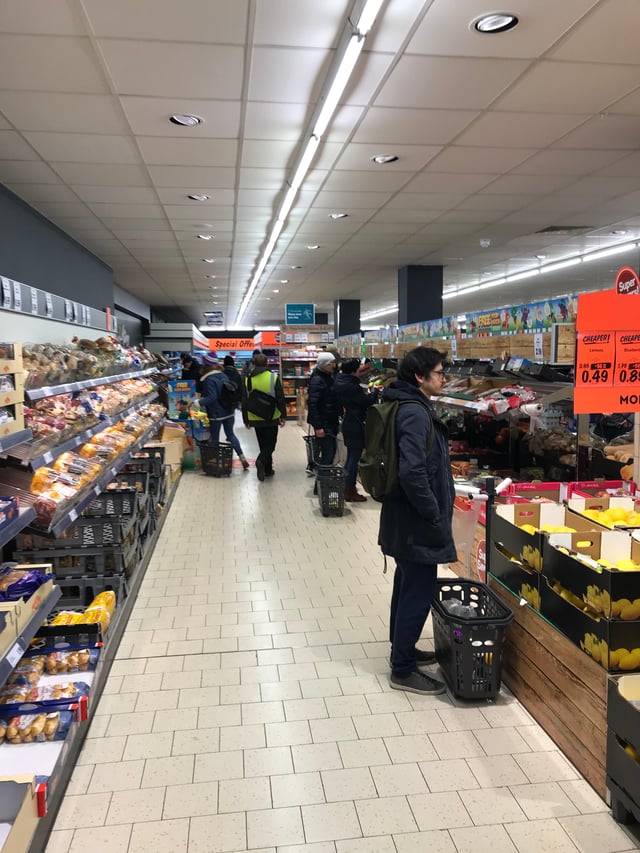 This is one of the aisles within Lidl. As you can see, it looks nearly identical to a supermarket in the U.S.
Lidl and Aldi are much more similar to an American supermarket than Tesco, which is smaller.

I have found some differences in Irish supermarkets in comparison to those in the United States, however. Almost all of the products here are raised, grown, or produced in Ireland. The majority of groceries have special stickers or labels that say “Irish” or something similar. One of my professors told us last week that the Irish people are extremely dedicated to supporting local food stuffs, so foreign companies such as Aldi’s or Lidl have to sell Irish groceries or market themselves as being Irish to have any hope of attracting customers. There is also a distinct lack of hot sauces in Irish supermarkets. There are plenty of other sauces, ranging from tikka masala to green Thai sauce to tomato sauce. Yet I can’t seem to find any hot sauces. A lot of vegetables are packaged together, too. I’m not entirely sure if this is an urban way of packaging vegetables, as I grew up in a rural area, but vegetables such as potatoes, onions, and peppers are sold in multiples within plastic packages. Some vegetables (large sweet potatoes, squash, etc...) can be bought individually, but most cannot. 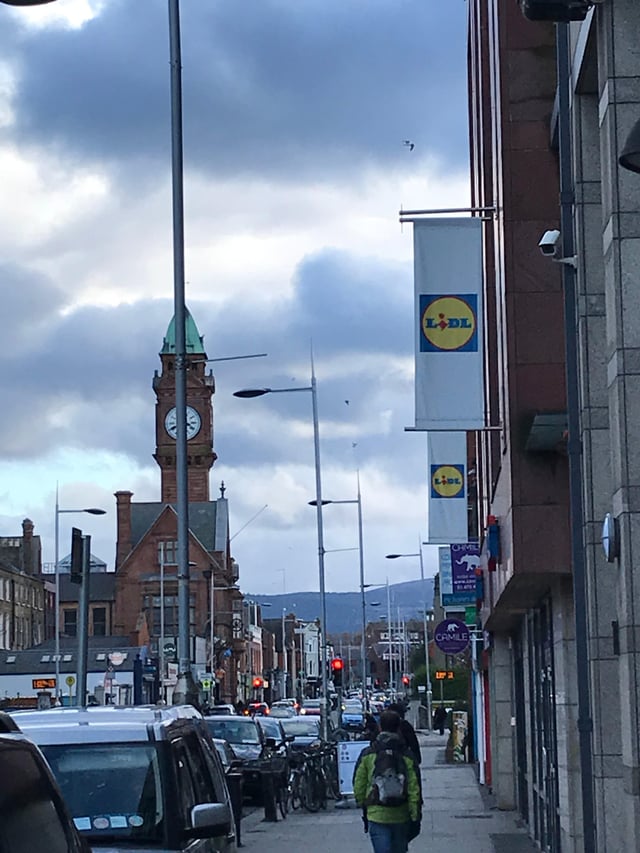 This is outside Lidl. Supermarkets do not have large signs or advertisements,
so you have to look closely when walking by them so as to not miss them.

Besides Lidl, Tesco, and Aldi, there are many other, smaller supermarkets scattered across Dublin. Within a 20-minute walk of Griffith College, one can find halal-food grocers, vegetarian and vegan stores, Asian supermarkets, multiples Spars (imagine an American convenience store combined with a grocery store), and specialty shops selling artisanal cheeses, baked goods, and much more.

I hope you enjoyed this blog post’s content and that you have a better idea of what to expect from grocery shopping here in Dublin. I look forward to writing my next post, and have a wonderful week!