Where to Go in London

No matter who you are or where you're from, London has it all. Whatever your hobbies are, you'll be sure to find a spot in the city that satiates your interests. In this London guide, Courtney writes about how you can find yourself in many places around the city and how to enjoy them—from British music and film to history, shopping, and food.

London has got it all. No matter your interest, hobby, passion, job, guilty pleasure, or fandom you’re a part of, there’s something for you. I’ve found a little part of myself in so many places around the city and I’ve put together this guide to help anyone who is lucky enough to visit do the same. This is a guide on where to go, if you like...

No matter who you are or where you’re from, some form of British music has found its way to you, even if it’s just the classics like “Hey Jude” by the Beatles or “Bohemian Rhapsody” by Queen. The British Invasion that started in the 1960s has never really wavered, as many British artists gained fame around the world and found a place in the hearts of millions over the last several decades. So, when in London, whether you’re a casual “Crocodile Rock” karaoke night singer or know every word to every song on Goodbye Yellow Brick Road, there’s a ton of places to visit to pay homage to your favorite British artist or band and transcend past the music and right into the heart of it all. As you can see, I wasted no time running to the famed spots for my favorite artists. Caption: The crosswalk outside of Abbey Road Studios famously used for the cover of the Beatles 11th studio album released in 1969, ‘Abbey Road.’ 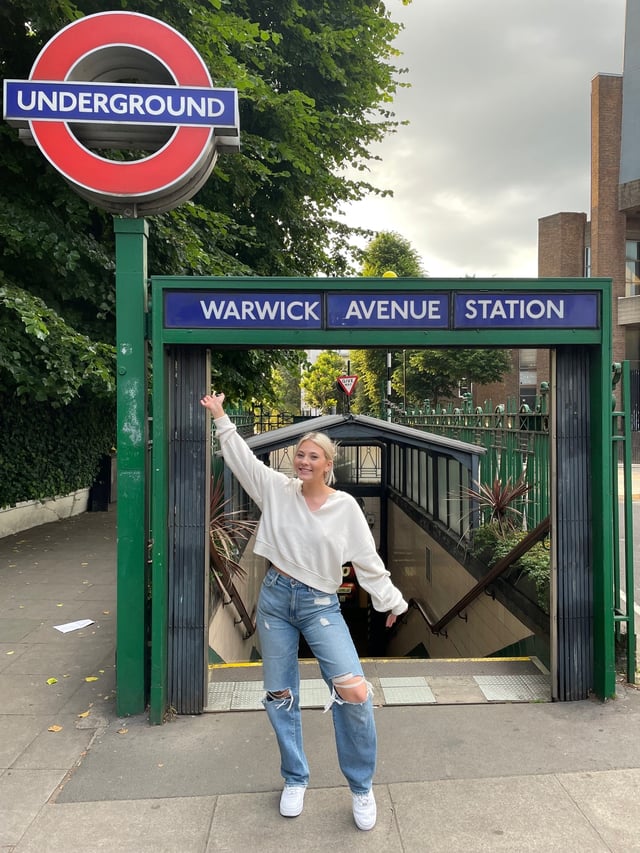 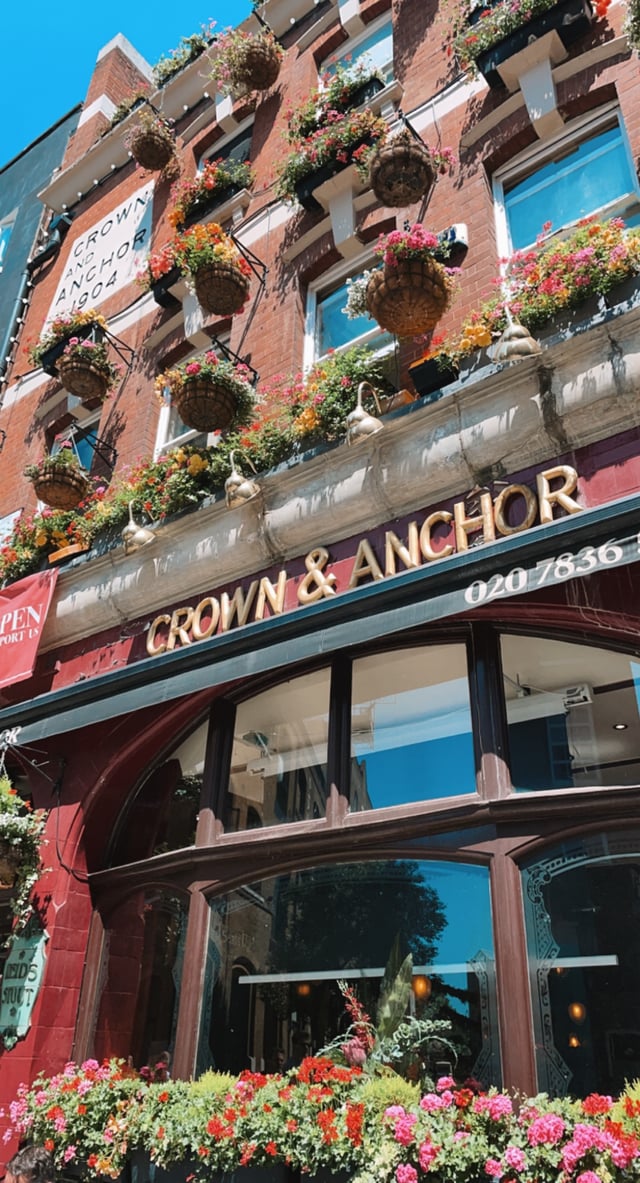 Caption: The Crown & Anchor in Covent Garden; a pub where Queen used to perform during their University days. 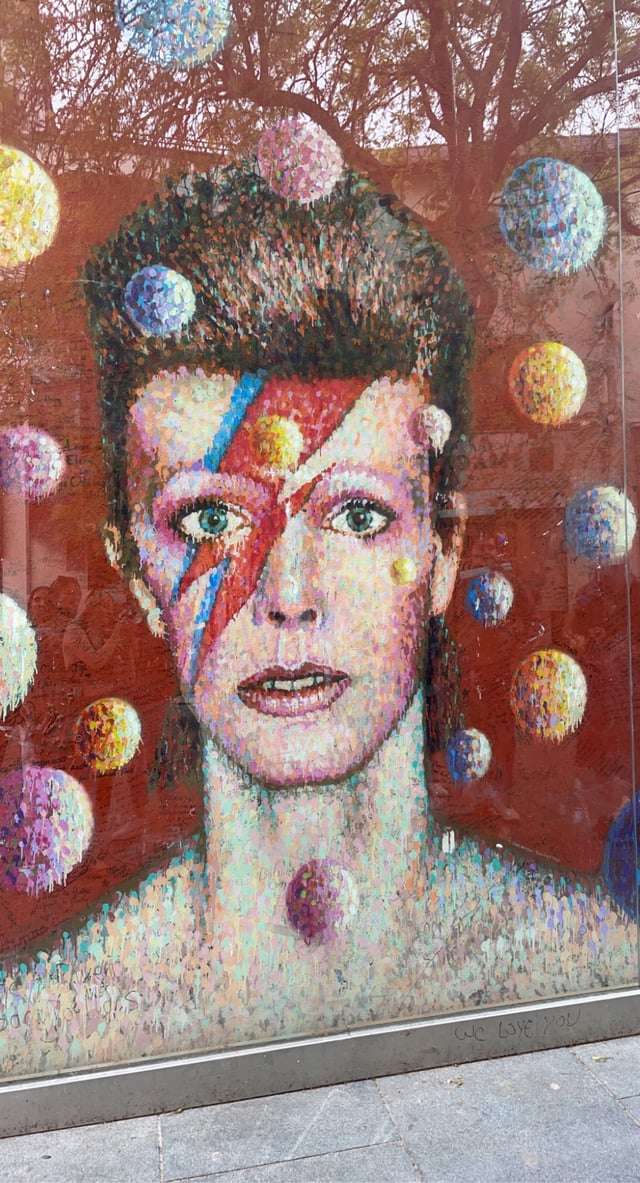 Caption: A portrait of David Bowie in Brixton painted by James Cochran in 2013. 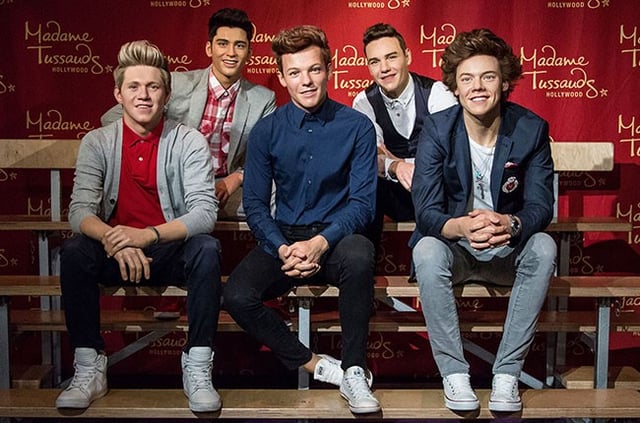 Caption: Wax figures of the members of One Direction at Madame Tussauds in London.

From Harry Potter to James Bond to Mr. Bean to The Crown, there are so many iconic television shows and movies filmed or based in London. The city is a mix of historical buildings and architecture styles with a strong, rich history as well as an ever-changing modern urban landscape, all rolled up into one. So, from period pieces to films set 100 years in the future, London has been used as a backdrop for thousands of cinematic masterpieces.

If you’re a Harry Potter fanatic like me, I recommend the Harry Potter Film Locations Guided Tour & Thames Boat Cruise. You get to see over 15 locations used in the movies AND test out your Harry Potter knowledge in a trivia battle for the House Cup.

If you’re a huge Sherlock Holmes fan, you have to make your way over to Baker Street to see Sherlock Holmes' bedroom laid out to look like it would have if he were real (hopefully that wasn’t a Santa Claus moment for anyone…).

Or you could head over to the Old Royal Naval College in Greenwich to see the filming location for some of the most infamous period pieces, like Bridgerton, The Favourite, The Crown, and Pirates of the Caribbean. I know Pirates of the Caribbean isn’t technically British, but who can tell where Jack Sparrow’s accent is even from. 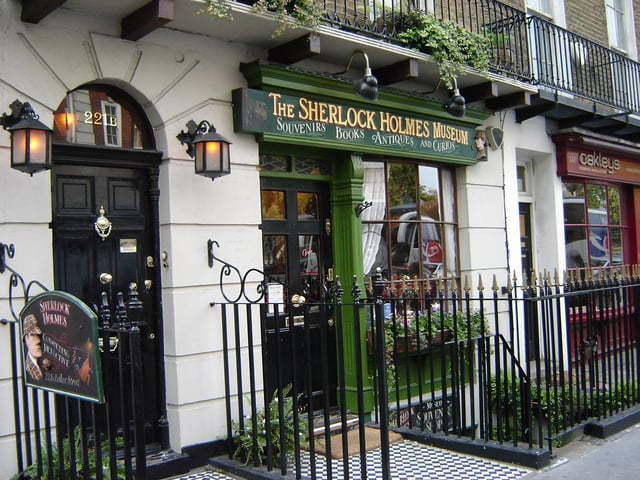 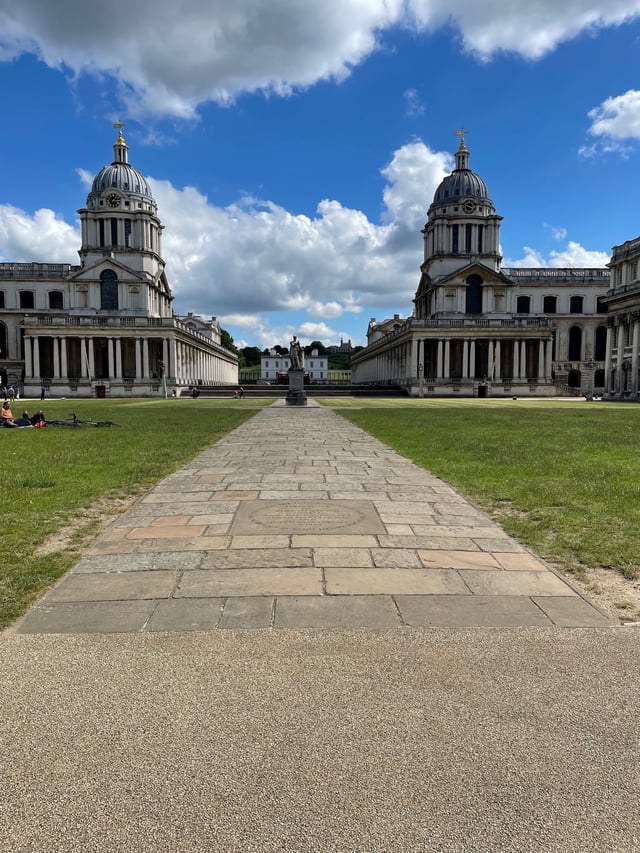 Caption: This garden outside of The Old Royal Naval College has been used as a filming location for many period piece TV shows and movies.

If you’re one for the *finer things,* then Great Britain has some of the grandest museums, opulent displays, magnificent monuments, and extravagant art galleries that are sure to tickle your fancy. Britain is fortunate to have one of the longest, richest, and most well-documented histories in the modern world. Thus, they have so many wonderful tributes to it all over the country, particularly in London. From museums documenting British culture to monuments of past royals to limited edition art exhibitions to Brixton street art, there’s something for every history or art buff in this city.

Personally, my favorite museum so far has been the Victoria and Albert Museum because I am really interested in fashion and art. I loved the jewelry gallery that showcased some of the crowns and rings from past monarchs, as well as swords constructed for battles that took place over 1,000 years ago. They also have a wonderful Alice in Wonderland exhibit going on right now. Oh, and in the fashion gallery they had Harry Styles' cardigan, so that may have had something to do with my obsession with it. 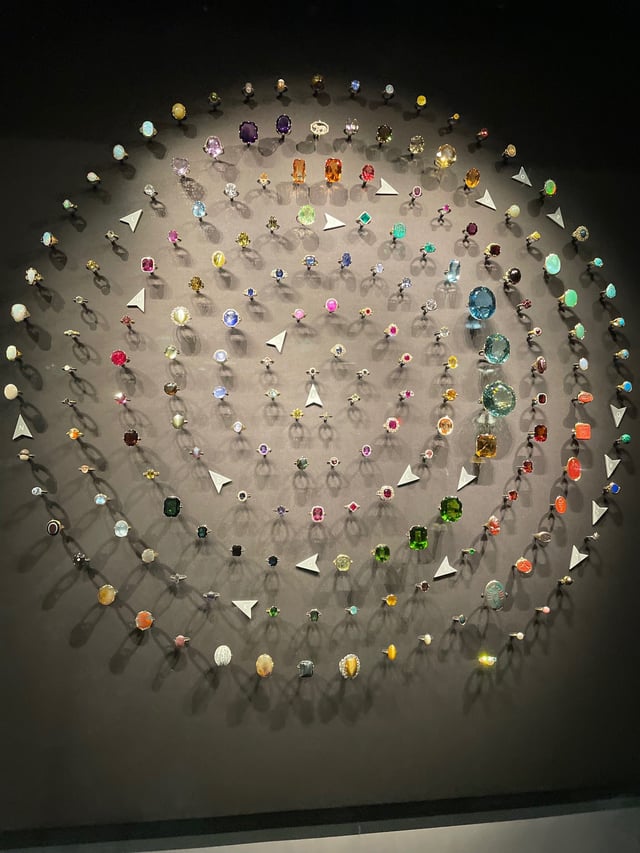 Caption: A collection of rings worn by British Royals at the V&A museum.

Caption: The Albert Memorial in Kensington Gardens, dedicated to Prince Albert by his wife, Queen Victoria, after his death. 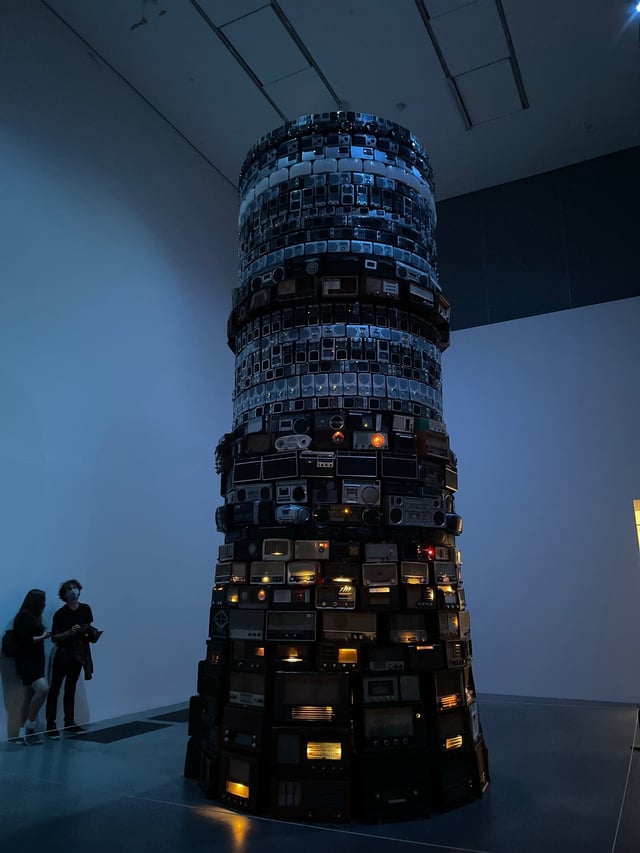 Caption: ‘Babel’ by Cildo Meireles at the Tate Modern. 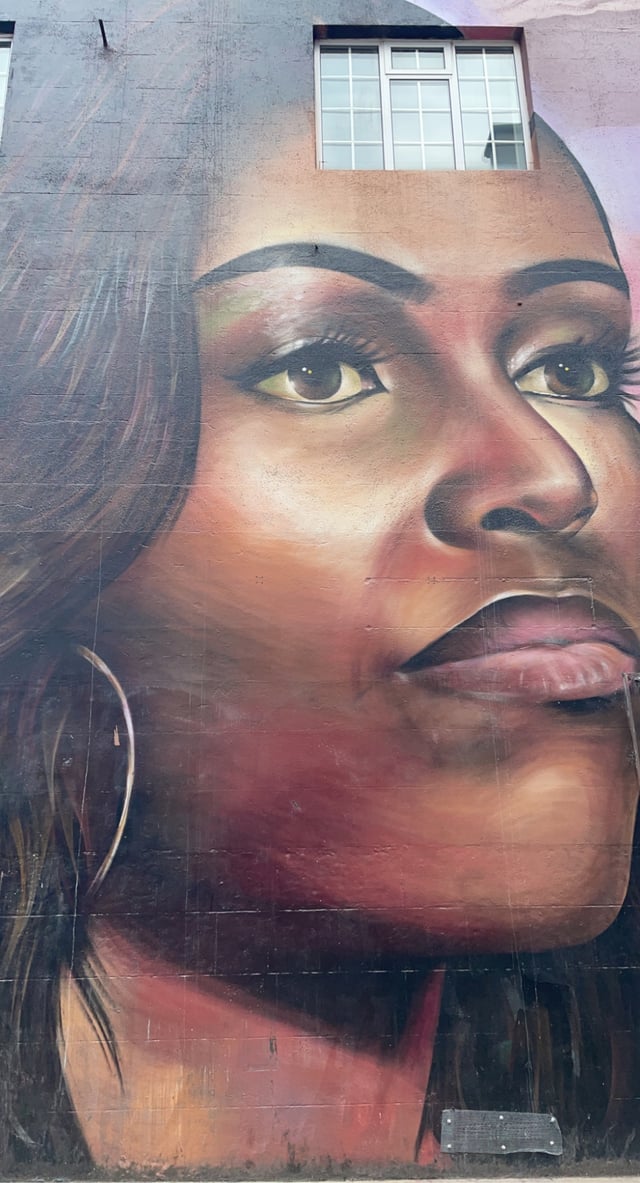 I have done more shopping than I care to admit since I’ve been here. Clothes, shoes, books, records, posters, souvenirs—pretty much anything you can think of. Not only are there about a trillion stores, shops, and markets in the city but a lot of them embody a unique London style and have products that you just can’t find anywhere else. For starters, they have chain stores that we don’t have in America, such as Bershka, Primark, and TKMaxx (yes, it is just TJMaxx with a one letter change. I’m not sure what they thought they were doing there). I’ve found some amazing clothes and great deals at each of them. Then there’s shops that are entirely dedicated to London Style, such as London Look at Camden Market that sells the latest trends in British Style or even Abbey Road Studios Store, which is dedicated entirely to the history of Abbey Road Studios and the artists that have recorded there.

If you want to dedicate a whole day to browsing and shopping till you drop, the best places to go are downtown Soho or Notting Hill. There’s so many fabulous boutiques, antique shops, and bookstores that have gems, but might take a little bit of digging and time to go through. If you know what you’re looking for or are running low on time, I’ve found that Oxford Street and High Street Kensington are my go-tos. These bustling streets are full of every type of shop that you need and are easily accessible right off their respective tube stops. 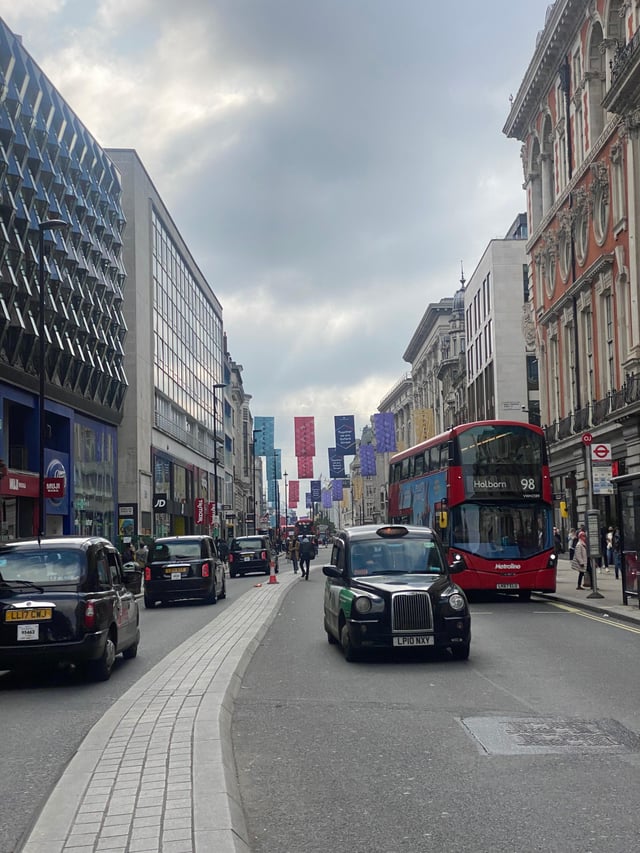 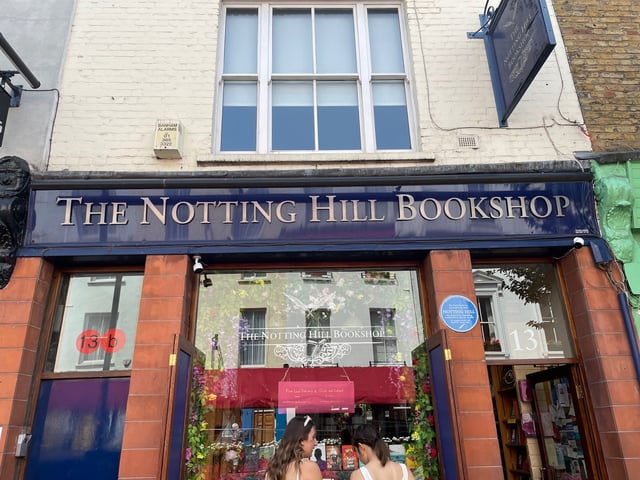 If you’re a class A foodie, London is definitely the place for you. With hundreds of markets, farm stands, themed pop-up cafes, food trucks, and more, London is the hub for street food. The best food I have had so far has come from street markets. Camden Markets has literally hundreds of booths and shops with food from all around the world (which is why I got the Mac & Cheese, of course. So cultured of me). Borough Market has fresh fruit, juice, fish, cheese, meat, you name it! I tried a fresh oyster while I was there and, well, let’s just say that if I were you, I’d find something else there. The best tacos I have had in my entire life came from a whole in the wall booth in downtown Brixton. So while everyone imagines afternoon tea at The Ritz when you picture London’s culinary scene, I challenge and recommend that you think outside the box when you visit. 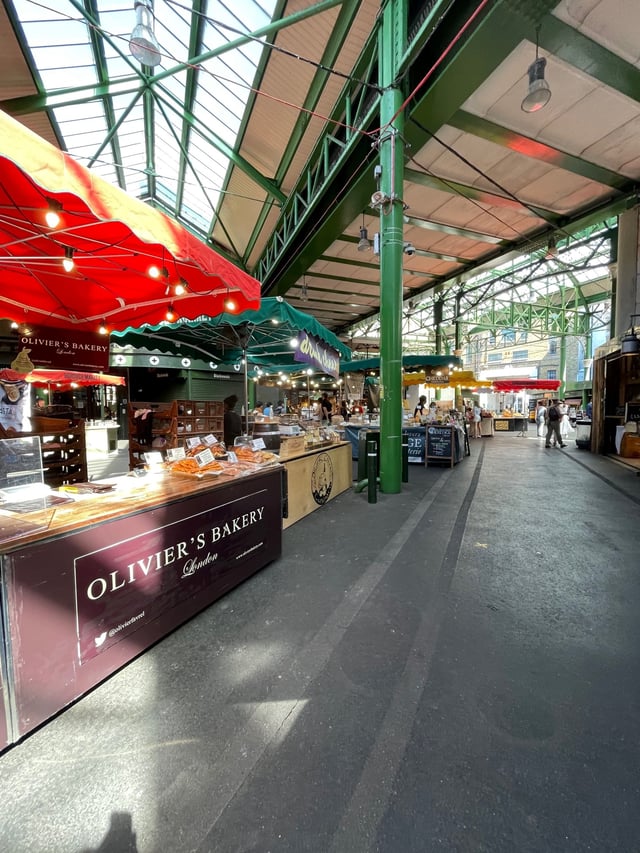 Despite once being the pulsing center of the Industrial Revolution, green space is all but scarce in London. Being one of the biggest and greenest cities in the world, one can hardly walk a block without encountering some sort of verdant park. Not only is green space easy on the eyes but it acts as a respite from the hustle and bustle of city life. Since a lot of Londoners live in flats without backyards, parks serve as their spots for recreation, from working out to picnics to playing catch to birthday parties. I’ve even started eating lunch in Whitehall Gardens right outside of my office when the weather permits because it’s such a nice view of London and a chill vibe away from work. Some spots I recommend are Holland Park, Greenwich Park, and Kensington Gardens, which, you guessed it, is right outside of Kensington Palace. 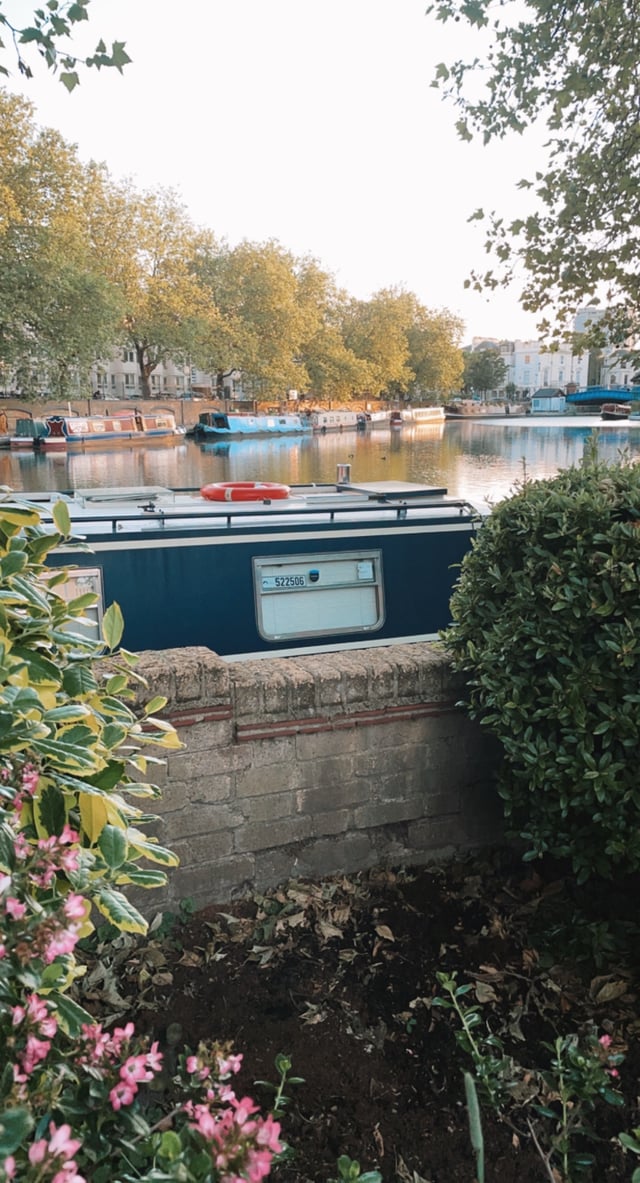 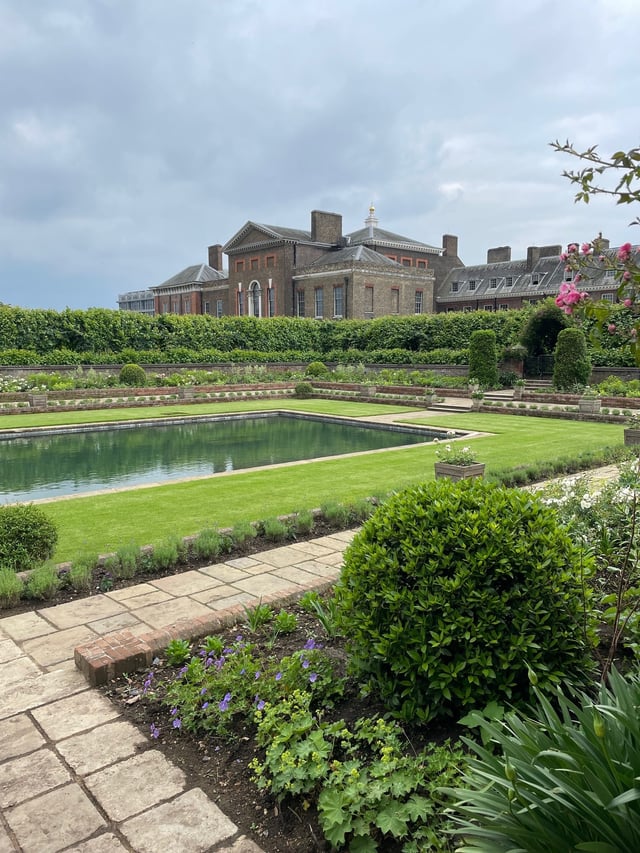 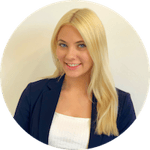