Who am I? Exploring My Identity Abroad

In this week's post, Sara describes how studying abroad has taught her many things about her identity and made her more self-aware.

The topic of identity has been very important to me on a personal level in the last few years. Because my hometown is so conservative, I spent many years trying my best to fit the “proper” stereotypes, always doing my best to ignore how I really felt. Since I started attending UC Davis, I have finally felt comfortable enough to begin coming out of my shell and letting the world know who I really am. This trip to Australia has been a very important chapter in my identity exploration, so it only felt right to dedicate a post to that portion of my experience. 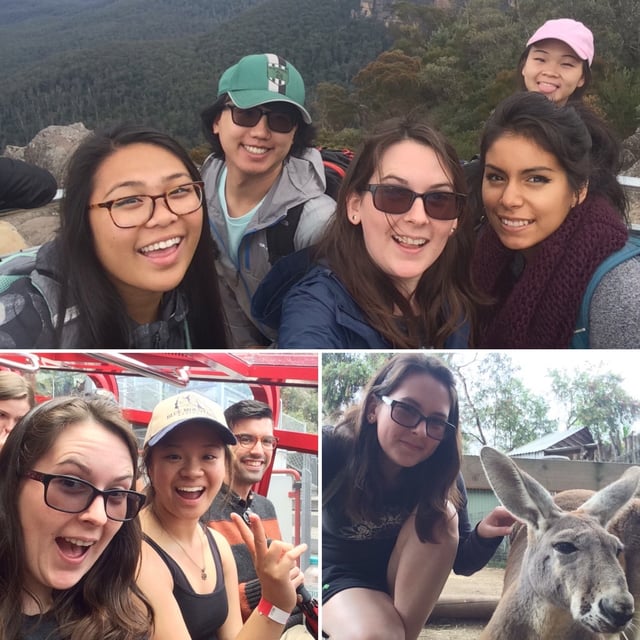 Photo: As an American… #Stereotypes

I heard rumors that Australians tend to be on the quiet side, which made me happy because I tend to be a quiet person. Upon arrival, I quickly noticed that Australians appear to have a more refined sense of volume than Americans (myself included). Whenever I am walking around town with my fellow CAPA classmates, it is obvious that the people around us are shocked by our presumptuous banter and the ensuing cackles. While it doesn’t happen every day, I always feel badly for disrupting the peace. Not to mention, the locals instantly know where we’re all from.

As a typical overly-cautious person, I tend to notice when people become annoyed with my behavior. I plead guilty to feeding into the stereotypical hipster style (which my roommate, Arianna, displays perfectly in the picture below) and loud, flashy behavior from time to time. Living in Australia has made me much more conscious of my participation in these behaviors and I’ve been working on toning it down… at least enough to not cause a scene. Just after I took this picture, I was reflecting on our boisterous behavior and mentioned how annoying it must be for locals to have loud Americans running around all of the time. We came to the general consensus that others would speak up if we were being too intense. 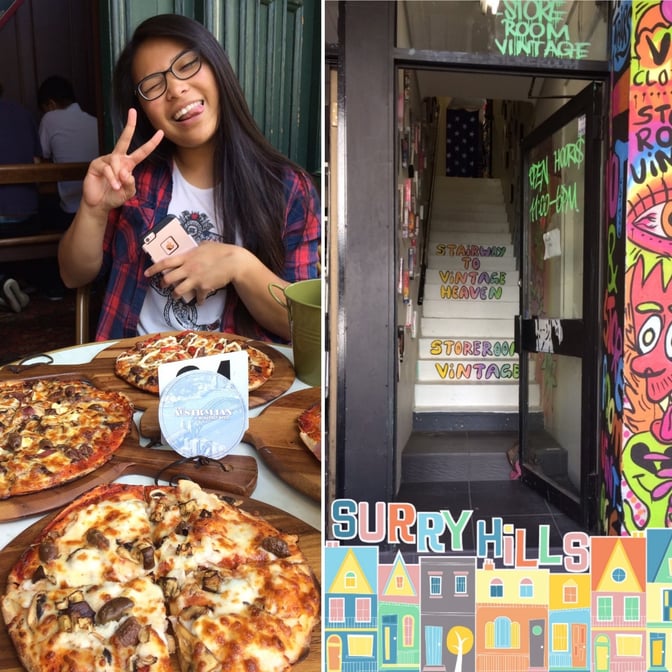 Photo: As a Queer Woman… A Tribute to Coming Out Day, 11 October

Moving to Sydney from my hometown felt like a big relief. I feel safe enough to walk around at night, even alone if I need to. Compared to Davis, it’s probably about the same except that the streets are busier which makes it a little more comfortable. As for expressing my identity as a member of the LGBTQIA community… I feel much more accepted here than in my hometown. While the community isn’t quite as prevalent here as it is in Davis, I don’t feel worried when expressing myself.

If I didn’t already have enough reasons to compare Sydney with San Francisco, walking down Oxford Street with rainbow flags lining my path on each side felt like stepping through a portal straight onto the streets of SF. It wasn’t until this year that I felt comfortable enough with myself to come out as pansexual to my family. It took three years of advice from my Davis community and my other ally friends in order for me to accept myself. Leaving the comfort of all the lovely people I met through the UC Davis LGBTQIA Resource Center presented a new challenge but I feel like I’m getting warmer at finding the Sydney community. It has been difficult to meet others within my age group who identify as part of the LGBTQIA community, but I refuse to give up. It’s surprising to me that even though the feeling throughout the city is generally of acceptance, same-sex marriage has yet to be legalized here. I’m glad that progress is being made toward marriage equality both here and in the United States but as long as the stigma persists, there will always be something to fight for.

While it may sound as though I have it all figured out, I still have absolutely no idea what I’m doing. However, I have learned more about myself (strengths, weaknesses, likes, dislikes, boundaries, etc.) in the past three weeks than I ever could have expected. I believe that studying abroad in Sydney will end up being a great step towards fully accepting myself and being able to understand what that means for my future.