Why Experiencing Other Cultures Helps You Better Understand Your Own

In this week's post Martyn reflects on how his interactions with people from across the globe and their perceptions of him as an 'American' has changed his own perception of US culture.

I had the opportunity to experience a community outside of my host city by traveling to Melbourne this week. I decided to stay in a hostel called The Nunnery, located in the heart of Melbourne in a neighborhood called Fitzroy. Built in 1888, The Nunnery is a beautiful Georgian style building that has an amazing interior. What was really special about the Nunnery was the variety of different travelers that I got to talk with. Getting to interact with so many different cultures had me finally taking into consideration my place as an American studying abroad. 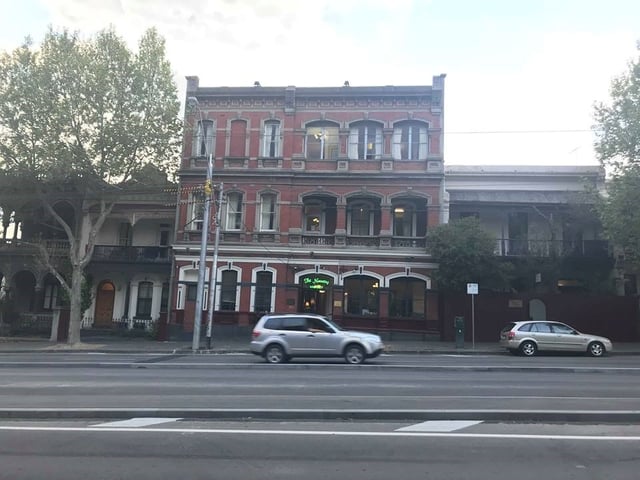 The Nunnery is located in Fitzroy, a popular neighborhood of Melbourne.

To be completely honest, I didn’t consider my identity as an American while I’ve been in Australia. For one reason, I have never really thought much about being an American and the culture that accompanies it. I’ve been blessed to have been raised in an incredibly diverse town composed of a multitude of different cultures and peoples. Yet despite differing backgrounds we all lived in the same country, and whether intentionally or not, commonality and similarities in behaviors, personalities and traditions persisted. I think that despite America’s role as a cultural melting pot, there are still cultural keystones that you can find in every community. So, even though I have gotten to experience different cultures they were always under the American culture lens. It’s also hard to think about your culture and your identity when that’s the only thing that you’ve experienced for twenty odd years. Stereotypical “American Culture” and whatever that entails is also something that I’ve never particularly been interested in involved with and thus I had no reason to think much on it.

Before traveling to Australia, I never had the chance to experience fully separate cultures and thus American culture became so commonplace with everyday life that it became hard to distinguish what my culture really is.

Studying abroad is my first time really becoming ingrained in a completely different social setting and thus it allowed me to recognize my identity as an American and all of the stereotypes (both good and bad) that come with it.

Cloudy skies do little to hide the beauty of the Melbourne Museum.

I think that because I never really had a strong connection to my identity as an American that my experience abroad has absolutely changed the way I see both myself and the culture I come from. For one, almost every Australian has replied “oh I’ve been there” when I mention that I come from the United States, and almost every time they mention a place that I myself have never been to or even heard of. The fact that people that lived a literally world away have been to and know things about the country that I have lived in all my life that I don’t was an eye-opening experience for me. I have been so caught up with traveling outside of the US that I didn’t account for the different cultures that I could find within my own. I wouldn’t say I was a little embarrassed by how little I knew about my home country but my experiences have definitely motivated me to go back home and seek out new experiences there as well as experiences abroad. I think that I had to leave the environment that I was most comfortable with to have this want to explore my own environment more. There’s so much that I’ve both unwillingly and willingly missed out on living in the United States because I chalked the experience to be homogeneous across the board. Realizing how wrong I was, I’ve definitely become more aware of how much I have to learn about my own culture.

Experiencing the quirks and nature of Australian culture has also finally allowed me to see my own culture from a different lens and allow me to gain. New perspective both on how I live as an American citizen and how I come across compared to other cultures. One example is that I’ve noticed I’m constantly taken aback by how friendly everyone in Australia is. I don’t want to make gross generalizations of a people (despite them being positive) but there’s an open-ness and a joy of conversation that seems to run throughout Australian culture. It’s definitely an aspect that I never bumped on at home and a personality aspect that I personally would like to learn from and try to emulate.

It’s amazing to me how much your perspective can change on your culture and your everyday life just by putting it under a different lens. The last two blogs have been pretty heavy subject matter-wise so be ready for next week’s where I try to recreate the movie Kangaroo Jack scene by scene.