Why it's Important to Set Goals for Yourself Abroad 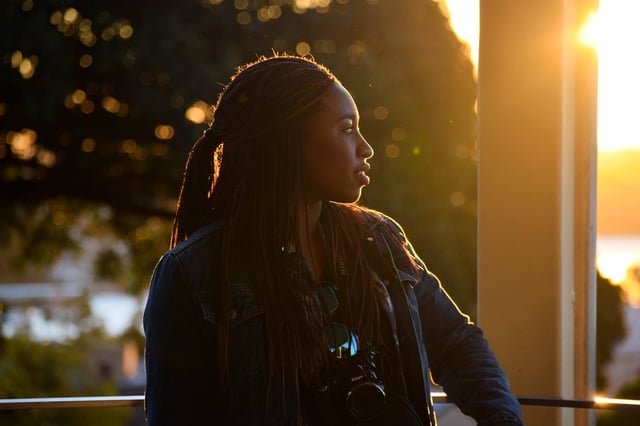 Meet Catherine Crevecoeur, an Environmental Studies major from the University of Pittsburgh and former official blogger who studied abroad in Sydney in the spring of 2016. Below, she talks about her goal of improving her writing skills abroad, Sydney's fashion and art scenes, and gives her recommendations for places to eat in the food-centric city.

CAPA WORLD: Tell us a bit about yourself.
CATHERINE CREVECOEUR: I was fortunate enough to study abroad in Sydney, Australia from the University of Pittsburgh. I am an Environmental Studies major and I plan to attend law school. Some of my hobbies and interests include ballet and modern dance as well as cooking new dishes and appreciating good food. I also love to write creatively in my free time. 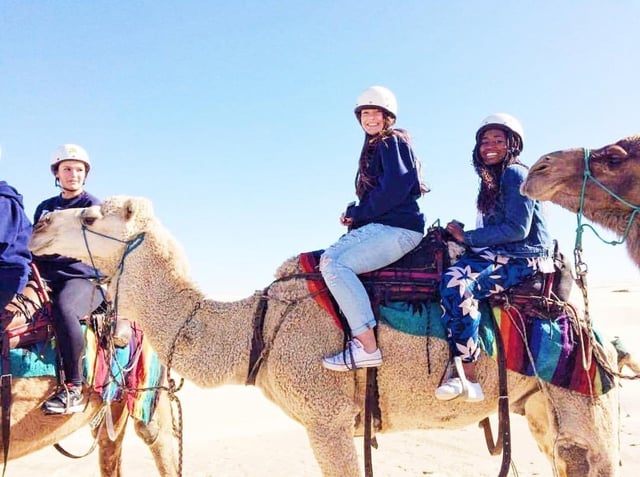 CW: What personal goals did you plan to pursue while you study abroad?
CC: One of my personal goals was to develop as a writer. This goal seems rather vague and general because it is hard to quantify or measure what that development would entail. However, I do think that studying abroad in Sydney helped me to achieve that in several ways. First, through my study abroad class – Creative Writing – I was able to experience different areas in New South Wales and write about these new experiences. I grew, academically, as a writer through the support and structure of this writing class. Furthermore, by keeping a journal and reflecting on my days in Sydney through my CAPA blog, I was able to communicate less formally about my adventures and reflections on my study abroad environment. 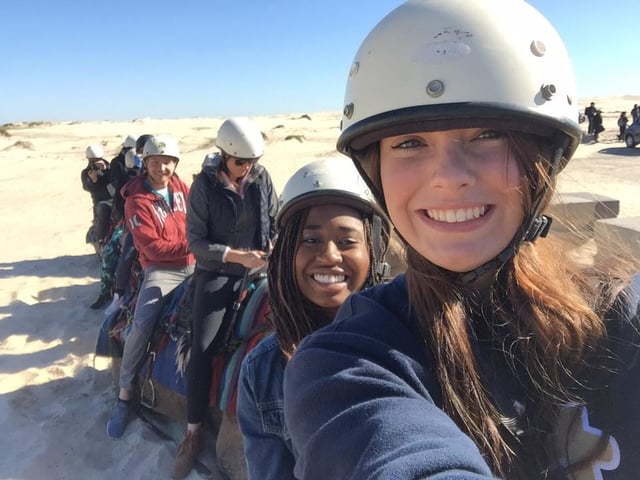 CW: Where were the places you carved out as "Your City" - the places you found outside of the tourist sites, the places that were most meaningful for you? What was special about them?
CC: Truthfully, one of the places that was meaningful for my friends and I was the Pitt Street Mall. Located in the Central Business District (CBD), the Pitt Street Mall housed a large number of shops. While most of them were distinctly Australian, the mall also had recognizable brands as well. My friends and I frequented this mall at least once a week to merely walk around. The shopping center itself displayed a very open architecture and often people would perform in one of its areas. Once, we saw a very talented male gymnast entertain the crowd with flips and leaps. It also had a delicious food court with a plethora of options. The Pitt Street Mall reminded us a bit of home and we were able to shop in a new environment while also appreciating Sydney’s fashion and food. 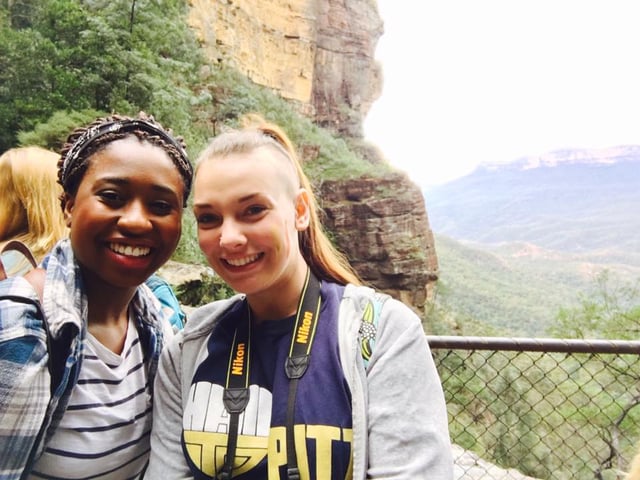 CW: One of your interests is art. Where did you go to appreciate art in Sydney? How was the art scene there different from back home?
CC: My creative writing class was taught by a poet who really appreciated the visual and performing arts. Therefore, we were able to visit many art galleries and see a few theatrical performances through my class. I especially loved a statue that I saw inside of the Anzac War Memorial. Outside of that, there were a few public art installations around the city that I thoroughly enjoyed. One in particular that stands out is called “Forgotten Songs” right off of George Street in Sydney. It was beautiful because it was meant to represent the extinct species of Australian birds due to the region’s urbanization. I am lucky in that Pittsburgh has a rather strong art scene. The Carnegie Museum of Art, Randyland, the Andy Warhol Museum, the August Wilson Center and the Mattress Factory are just a few of the many places you can experience art in Pittsburgh. Both cities have plentiful supplies of art that anyone can experience. I think they only really differed in the artists. The exhibits I saw in Sydney featured mostly Australian artists and therefore most demonstrated themes specific to Australia. It was interesting, though, that one of the plays we watched took place in America. Not many American plays take place in Australia. 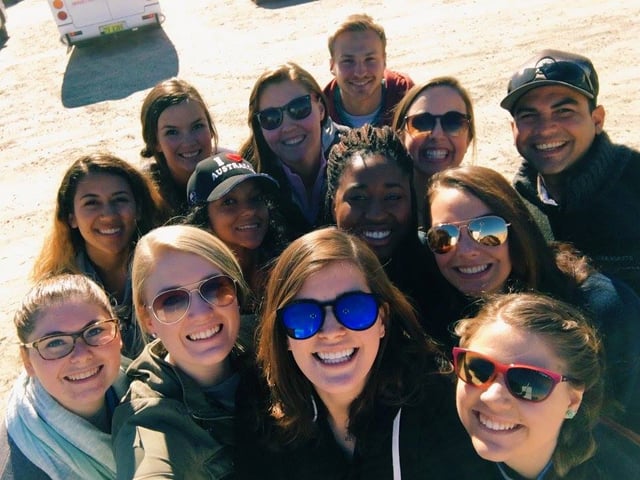 CW: Give us your best restaurant or café recommendations. What’s special about them? Where are they located? What, specifically, would you recommend in each?
CC: In a small café right between my housing complex and the CAPA center in Ultimo, I experienced some of the best café food. Australia as a whole has amazing coffee. As someone who typically needs to add creamer and sugar to enjoy a cup of coffee, the rich blends and robust flavor of Australian coffee was delightful. This specific café, called Fork and Grind, also had an amazing menu. My personal favorite was their egg sandwich as it had a light, fluffy consistency but was very filling. It also had a dash of barbecue sauce that complemented the other flavors. All of the hot food was cooked fresh right before your eyes with real ingredients. There were also a plethora of salads, cold pastas, pastries, and fruit in a display case that could be heated to your liking. This café’s ease of access and delectable choices made it easily one of my favorite cafés in Sydney.

Another restaurant I enjoyed was called It’s Time for Thai. It was located in Haymarket and about a 15-minute walk from my housing complex. Sydney is known for amazing, authentic Asian cuisine due to its proximity to countries like Thailand. I enjoyed some of the best Panang curry of my life. It was also cheap – for Sydney – and rather fast. The best part was that I had enough to save for the next day which made my stomach and my wallet very happy.

My last restaurant recommendation would be Nick’s Bar and Grill. As Sydney has much access to oceans, there was a lot of available seafood. I came here a few times after work for fish ‘n chips. If you are going to order one of Sydney’s signature dishes anywhere, do it here. But the best part of Nick’s Bar and Grill was its location. It was right off of Darling Harbour, one of Sydney’s many harbors. At night, fireworks were displayed all around Darling Harbor. So, grabbing an outside seat at a delicious restaurant was crucial. I truly enjoyed a meal with a view. 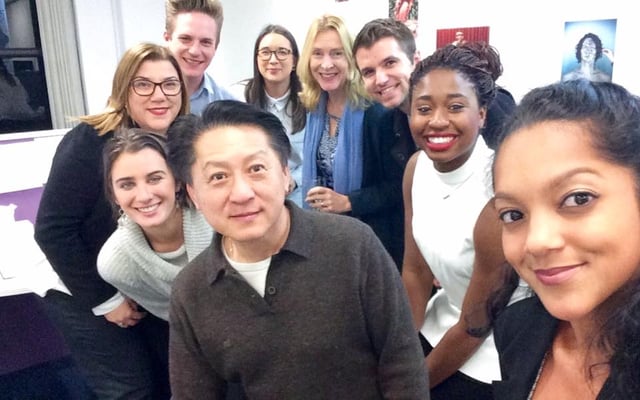 CW: Discuss some of the fashion trends in your host city and how they differ from the fashion where you live back home.
CC: In Sydney, it seemed as though everyone had a trendy sense of style. For instance, I think Adidas Superstars are trendy here now. But in Sydney, almost every young person – especially the young women – was wearing Adidas sneakers since last year. They were everywhere. In terms of colors, there was a lot of grays, blacks, and dark olive greens. However, this is probably because it was winter. It seemed, though, overall that the majority of people had a sleek, well-tailored sense of style. I could characterize Sydney fashion as simple, chic, and modern. This is not necessarily what one sees every day at Pittsburgh and definitely not what one sees where I live. I am from a small, mostly rural town about 2 hours from Pittsburgh. The fashion there consists mostly of blue jeans and t-shirts. It is quintessentially a small American town. It was surprising to be surrounded, then, by the style everywhere in Sydney. 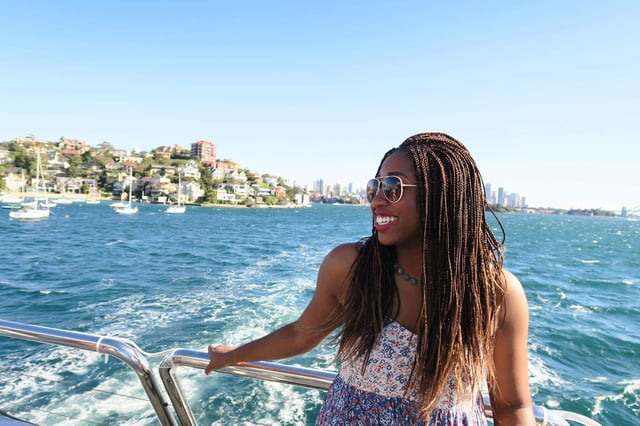 CW: Share a story of your daily commute.
CC: Every morning I either took the bus or the train to my internship in downtown Sydney. It was a longer walk to the train station but a faster commute. The trains were incredibly efficient and clean in comparison to the few subways I had taken in New York City one summer. Trains from Ultimo – my neighborhood – came about 10 minutes apart. Furthermore, the train stations were lined with moderate and high end boutiques, bakeries, and other shops. The station that I departed from for work was also connected to a shopping center. From the station, I walked a few blocks to my office building. 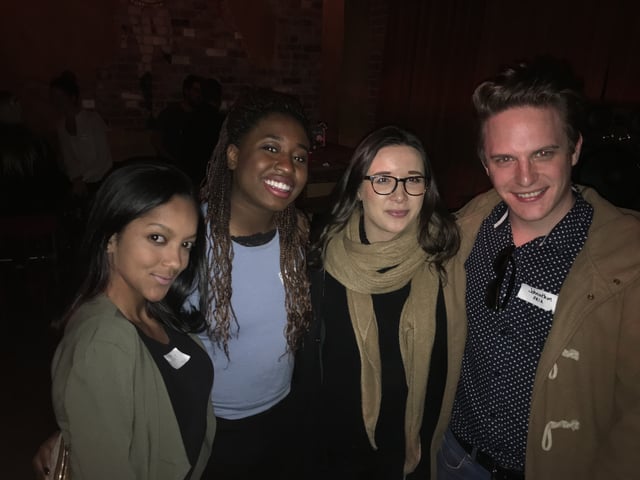 CW: Sydney is an extremely diverse city, comprised of people from many ethnic and religious minorities. Did you find that to be the case? How did your own sense of identity play into that?
CC: Sydney is a diverse city in that there is high population of people from Asian countries – especially Thailand and China – as well as indigenous populations, and people descended from Europeans. I met a good amount of travelers from South Africa and the United Kingdom as well. However, there was a not a large black population. Neither Africans or those of African descent. In my whole six weeks, I only came across 3 black people total and 2 were travelers. It was odd for me. As a black woman, I was exotified to a high degree mostly because the majority of people I interacted with had never seen a black person in real life before. It was certainly strange because while I had been subjected to similar situations in the United States, there was a sense of ignorance in the ways that many people approached me. For instance, when one of my professors tried to compliment my writing, he said, “You write like Toni Morrison – but maybe that’s just because of your color” (referring to my skin tone). Many interactions that meant to be well-meaning demonstrated a clear difference in how Americans and Australians view black people and race as a whole.

I found that there was more emphasis on nationality and therefore, indigenous versus non-indigenous than there were on ethnic minorities. Despite their backgrounds, many people I encountered that viewed themselves as Australian, and therefore non-indigenous, did not particularly need to identify as ‘Vietnamese’ or ‘Ghanaian’ specifically, for instance.

CW: Do you feel your study abroad experience gave you an edge over your peers? If so, how so?
CC: I think my study abroad experience has made me develop certain skills in a completely unique and meaningful way that separates me from my peers. For instance, I used to think I was an adaptable person. I had adapted between changes in schools and classmates in the past. But having to adapt on a daily basis to an entirely different culture and way of life made me work on those skills even more just to get by. One example I like to give is walking down the street. In the United States, walking down a street may be second nature to most people. But, we struggled for the first few weeks in Sydney. In the United States, since we drive on the right side of the road, most people tend to also walk on the right side of the sidewalk. Yet, in Sydney, people drive on the opposite side of the street. Therefore, I collided with many people at first as I needed to adjust my walking patterns to the left side of the sidewalk as well. This is just an example of how a skill I may not have used daily at home was necessary for social survival in Sydney. 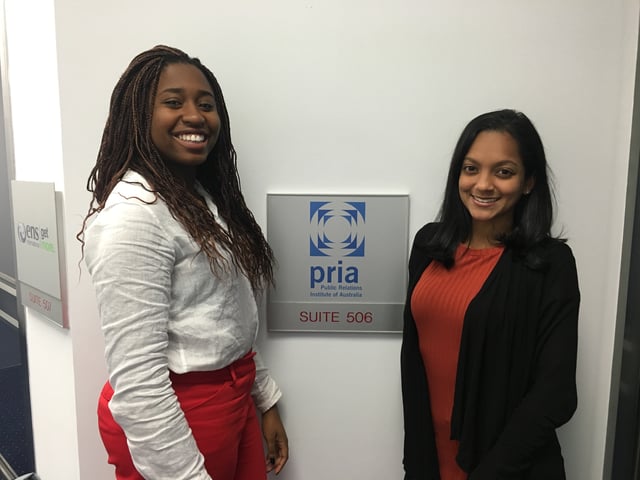 CW: What changes have you seen in yourself since you went on your study abroad program? Are they positive or negative? Why do you think these changes have occurred?
CC: I think it’s hard to quantify what changes in myself are directly a result of studying abroad. Since I was only in my study abroad city for six weeks, I’m not sure that I have seen any large changes within myself. In general, I think studying abroad gave me a bit of confidence in that successfully maneuvering in a new city that most people are unfamiliar with is empowering.