Why It's So Important to Let Your Child Study Abroad

An Interview with Barbara and Ed Sylvester, Parents of a Study Abroad Alumna 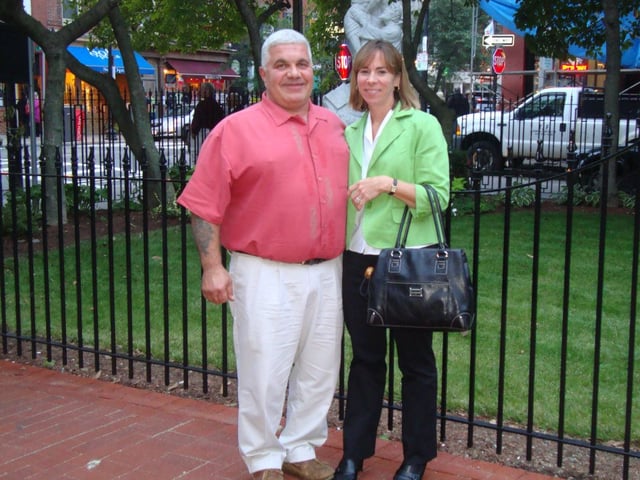 Meet Barbara and Ed Sylvester, parents of Jill Sylvester a double major in political science and Spanish at the University of Massachusetts at Amherst in Massachusetts. Jill studied abroad in London during spring semester 2016. Below, they share thoughts on how they felt when their daughter decided to study abroad, why they thought it was so important for her to have this experience and how she has changed since returning.

CAPA WORLD: Tell us a bit about yourselves.
BS: My name is Barbara and my husband is Ed Sylvester. We live in Duxbury, Massachusetts, a coastal town about an hour south of Boston. I am an ICU nurse at Boston Children’s Hospital and Ed is a self-employed plumbing contractor. I enjoy reading and kayaking on Duxbury Bay and Ed enjoys watching sports.

CW: As parents, what were some of the initial thoughts you had when your daughter Jill first mentioned studying abroad in London?
BS: We were very excited when Jill decided to study abroad in London. One of the reasons I was glad was because I knew I would go visit her and London has always been on my list of cities to visit. Also, with Jill being in London, she could easily go visit other countries. We all felt that studying abroad would be a once in a lifetime opportunity. Jill’s older cousin studied in Brighton, England while she was a junior in college and raved about it. We never heard anyone say a negative thing about their experience studying abroad. 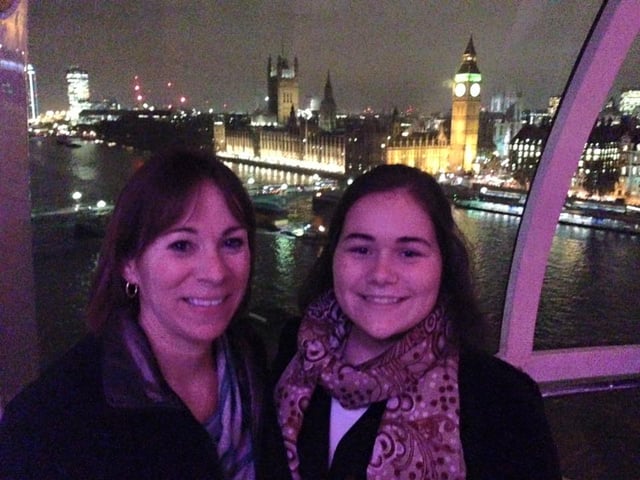 CW: How much has travel abroad been a part of your own life in the past? In what ways (if any) do you feel like your own personal experience with travel (whether you've traveled a lot or not at all) played a role in how you reacted to Jill's desire to study abroad?
BS: Before visiting Jill in London, Paris was the only European city I had visited abroad, and that was in 1992. I wish I had visited more places. Because I had not traveled much and wished I had, l was very vocal in encouraging Jill to go to England. While she was there, I went over to visit her there for a few days and together we went to see Scotland. We had a great time and I could see firsthand how much Jill loved London.

Ed was in the Marines so he has traveled quite a bit, but it has been a while since he has been out of the country. Because of work obligations, he was not able to come to London with me, but he was very excited to see us in England together.

CW: What changes have you noticed in Jill since she left for London and returned home again?
BS: Jill has always been independent, but since being abroad, she is even more so. She definitely has become more mature and confident. Everything she planned while away, she did herself. She was well prepared from the start. She figured out quickly how to navigate the Tube like a pro; it was one of the things she loved most about London. 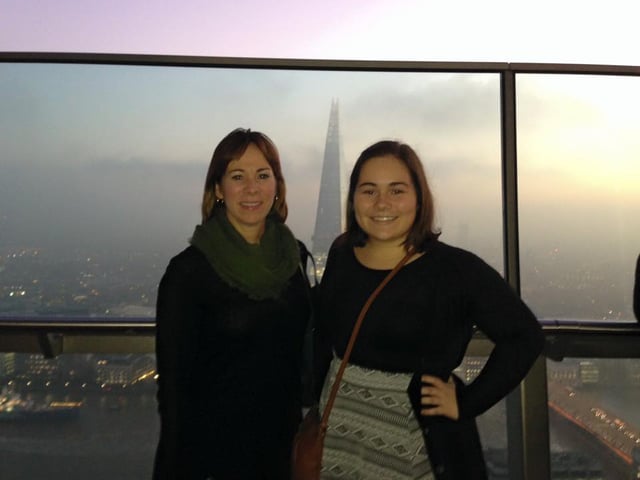 CW: What were some of your biggest concerns when Jill left for London and how did the reality compare?
BS: We were concerned that Jill may have a medical emergency while abroad and she would be alone until we could get there. We were also worried that our health insurance would not cover her in the event she needed medical care, but she assured us she was covered through England’s and CAPA’s healthcare. This took a lot of that worry away. Luckily, Jill had no health issues at all.  Also, before she went to London, there were the Paris attacks, so naturally the threat of terrorism was a concern of ours, especially with London being such a large global city.

CW: Is there anything you wish you would have known earlier that would have made things easier for you as a parent?
BS: There were no challenges to Jill going away. She set everything up. She had her passport from when she went to Italy while in high school on a school trip. She did the paperwork for her visa herself. Through UMass, she picked CAPA, the chose her classes, and then booked her flight. She was on top of everything. Her sophomore year of college, she had two jobs and this helped her save a decent amount of money which she used as spending money when she was abroad. 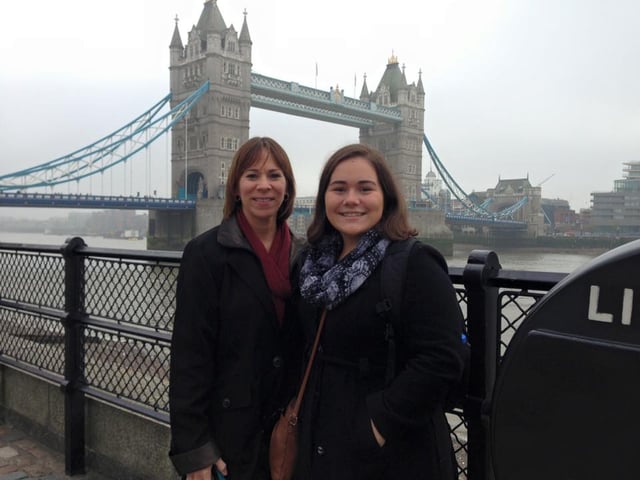 CW: Do you think Jill’s international experience will benefit her professionally in the future? If so, how so?
BS: Jill went to London through CAPA and met so many people while there that she still keeps in touch with. While there, she interned with an international education company and she still connects with her coworkers via LinkedIn and Facebook. Her internship made her realize that this is the field she wants to work in. When she came back from London, she interned over the summer for CAPA in Boston. These two internships and her international experience have helped her develop skills that are important for working in this field, such as patience, adaptability, and interpersonal skills.

CW: What advice could you offer other parents whose children hope to study abroad during college?
BS: I would suggest that parents and their children start preparing for their time abroad well in advance; that way it will not be stressful as the date of departure arrives. Have their passports, visas, and all paperwork together in one place that is easily accessible and make sure that your son or daughter leaves a copy of all this paperwork with you. 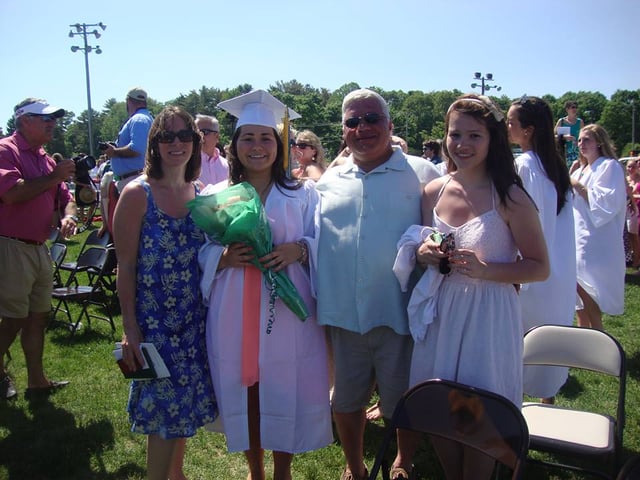 CW: What are some of the challenges you've dealt with as a parent from the moment Jill brought up the topic of study abroad through the time she's been in London? What would you say to other parents who are trying to cope with the distance?
BS: Jill is very close with us, so we expected the distance to be a challenge. However, we chatted with Jill via Facetime and texted regularly over Whatsapp, so the distance was not as much of an issue as we expected. We always knew how she was doing and what she was up to when she was in London and when she was traveling. If we were not able to be in contact with her on a regular basis, we do think it would be a harder adjustment, but it didn't really feel like she was that far away because she was so accessible. For other parents whose children are abroad, we’d suggest using these methods to stay in touch but also make sure not to helicopter your children; let them live and enjoy their time abroad without their faces being stuck in their cell phones. I know that sometimes Jill felt that our communication was a little excessive.

CW: Why is studying abroad important?
BS: Studying abroad is important because it gives your child an opportunity to learn things about themselves and the world that they may not have the chance to learn at their American universities. We saw Jill become more independent and develop a love for traveling and learning about other cultures that she may not have learned about herself at home in the US. We know that Jill has taken a lot away from her experience in London, and we know that this experience will help her professionally when she goes to pursue a career in international education. 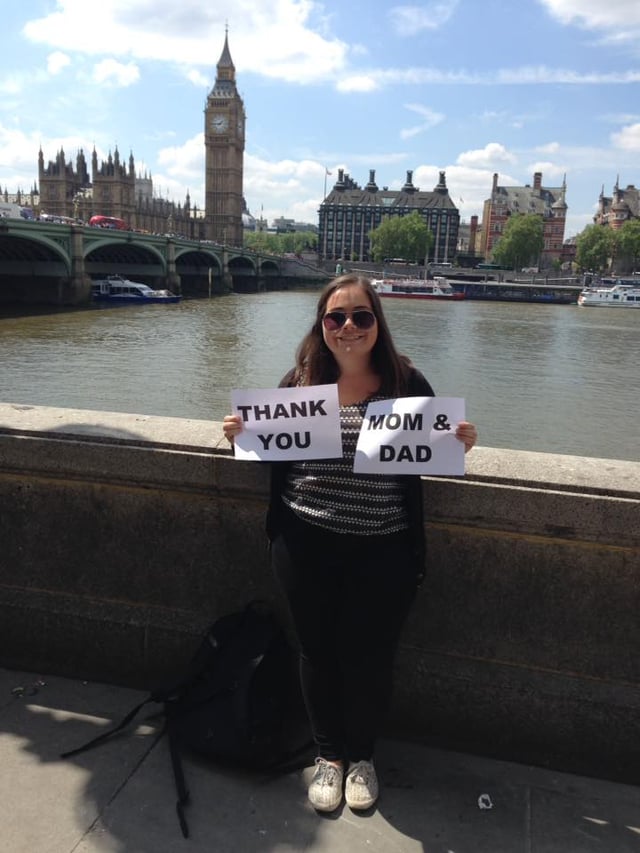