Why You Should Spend St. Patrick's Day in Dublin (and Not Anywhere Else)

In this post, CAPA alumn Brandon Mooney shares some highlights from the St. Patrick's Day festivities in Dublin in 2018!

I am writing this blog from a hostel in Berlin. Next week I will be sure to talk about my spring break (or “assignment week” as it’s called in Ireland) travels, but for this week, I wanted to talk about St. Patrick’s Day in Dublin, Ireland. 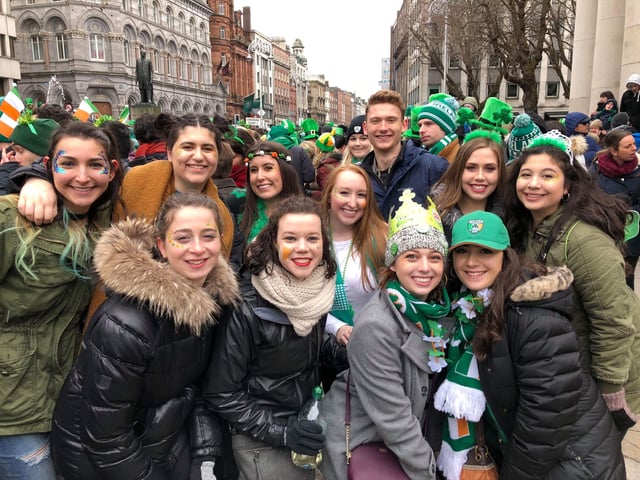 The entire city becomes a Mecca for foreign tourists for the weekend. I have never seen the city so full of people. Walking around to get dinner on Friday night was incredible because the entirety of South Circular Road was bustling with people when it is typically frequented by a few locals and college students. You will meet so many different people from so many different walks of life, which was honestly the best part of the entire weekend. I met two men from the Isle of Man, one who works in software design and the other in stocks and bonds; a very friendly woman from Amsterdam who talked to me about what to do in the city; a group of people from the University of Dublin; and a woman from California in Dublin for spring break who also played ultimate Frisbee. 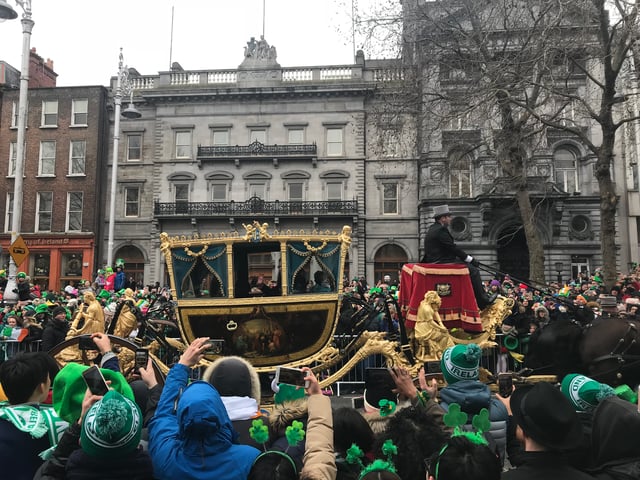 How Should We Prepare for St. Patrick's Day?

If you’re interested in seeing the St. Patrick’s Day Parade in central Dublin, I would very much suggest that you get up early in the morning around 8 or 9 a.m. and get into the city quickly. The main thoroughfare that the parade travels down fills up by 10 a.m. and it’s often difficult to get a Dublin bus because they run on odd schedules and don’t use the typical routes because of some streets being closed for the parade. I personally didn’t get into the city until 10 a.m. because I slept in a bit, but because of my height (being at 6 feet and 2 inches), I was able to see over everyone to the parade even though I wasn’t up against the barricade. The city also projects a live video stream of the parade up onto large projection screens placed up and down the street, so even if you don’t get a spot right on the street, you can still enjoy the parade. 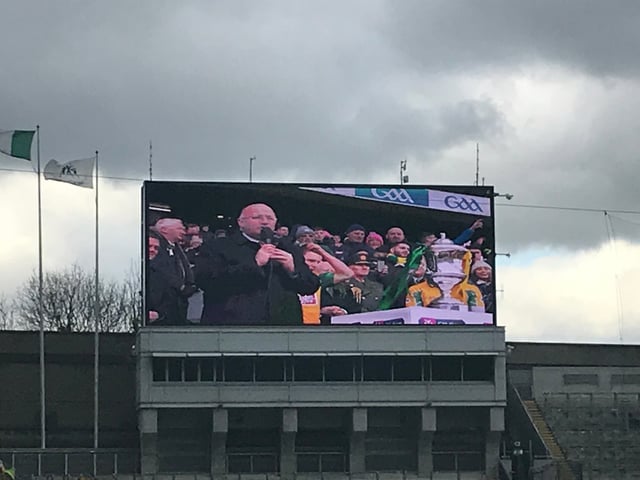 What Were Some of the Highlights of St. Patrick's Day in 2018?

A highlight from the parade was seeing the President of Ireland drive by, which was very surreal, as it’s the equivalent of having President Donald Trump be in the St. Patrick’s Day Parade. There was also an actor from Game of Thrones (I don’t watch the show, so I was told he was very famous), Mark Hamill who played Luke Skywalker in the STAR WARS series, and a multitude of other people dressed up in zany and patriotic outfits. There was also an unusual amount of American college marching bands in attendance, which didn’t quite match the theme of Irish pride, but they were very good.

After watching the parade, a group of friends and I walked to the north side of Dublin to Croke Park to see the Men’s Senior Final Gaelic football and hurling matches. Tickets were only 25 euro for college students. We saw the Gaelic football match in its entirety, and even saw the winning team’s captain raising up the trophy and giving a speech to the loyal fans screaming in the stands. We would have stayed for the hurling match, but it was freezing the day in Dublin. It snowed, which is incredibly rare! 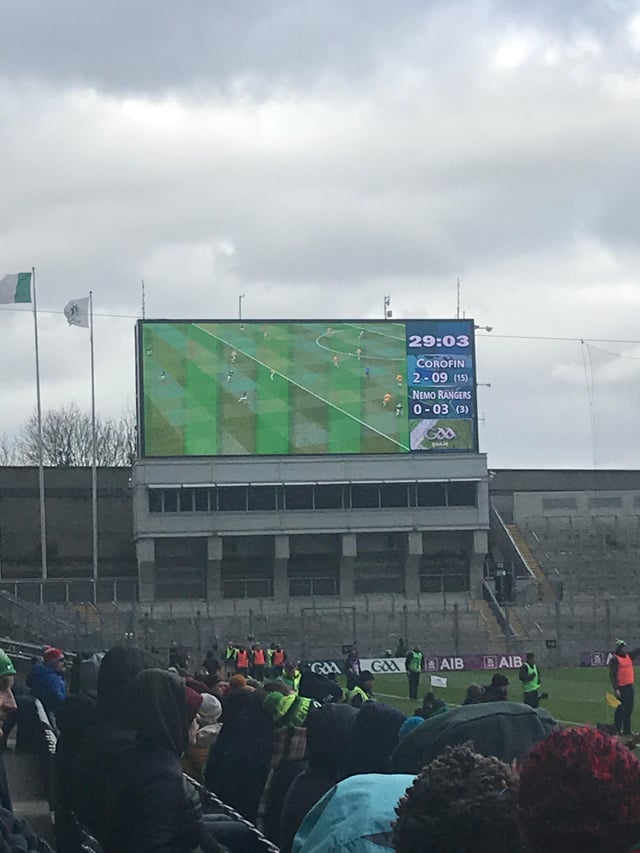 Instead of watching the whole hurling match, we chose to walk back into the city to see the Seven’s Rugby final match between England and Ireland, which was well worth it and (best of all) warm. We found a restaurant to watch the match in, which was crowded with loyal fans and foreign tourists excited to get in on the action. When Ireland won, everyone went wild and were hugging each other and cheering loud enough to make your ears ring. Even though I don’t follow rugby very closely, it was still exciting to see and be a part of Ireland’s victory. The rest of the night the whole city was crowded with locals proudly wearing Irish rugby jerseys and tourists excitedly enjoying St. Patrick’s Day.

I would highly suggest doing St. Patrick’s Day in Dublin. It is a unique experience that few get to see. I would suggest avoiding Temple Bar as much as possible, however, as it is usually overrun with tourists and you can’t get anywhere easily due to the crowds.

I hope you enjoyed my latest blog post, and I will be sure to talk about my spring break travels to Germany, Poland, and Switzerland next week!