Wondering Where Home is and What it Means 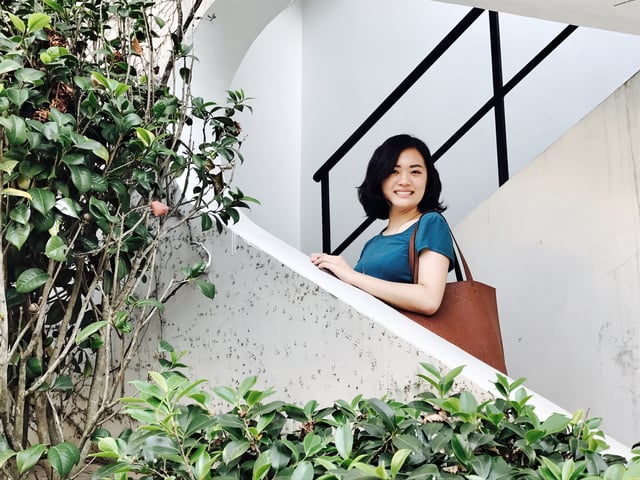 Meet Rikki Li, an English Writing and Psychology major from the University of Pittsburgh and former CAPA official blogger who studied abroad in London during Spring 2016. Below, she talks about how being a writer and literature fan shaped her perception of the city, how she explored her own identity in London's diversity, and what the word "home" really means.

CAPA WORLD: Tell us a bit about yourself.
RIKKI LI: I recently graduated from the University of Pittsburgh with a Bachelor’s in English Writing and Psychology. When I decided to study abroad in London my junior year, I remember telling myself, “I hope you find what you’re looking for.” I’m still not exactly sure what I hoped to find, or what I believed I had lost—maybe a sense of direction, or an enthusiasm for the present—but I do know that I wanted something “more.” Something different.

While I spend a good portion of my time writing (or thinking about writing), I also enjoy cooking/baking, reading Marvel comics, browsing Tumblr, and learning my way through Adobe Creative Cloud. 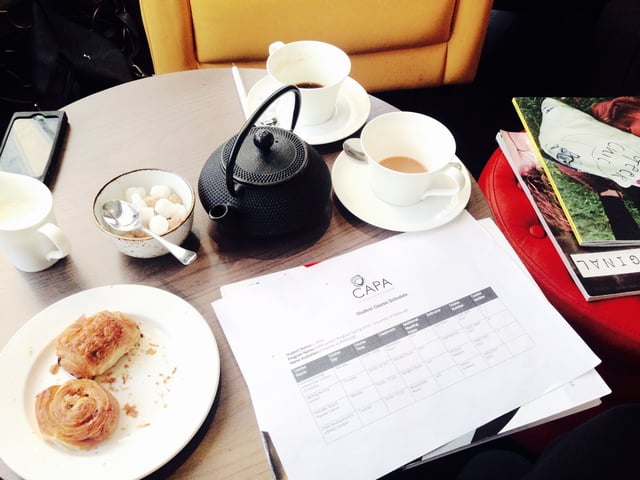 CW: What was it like to study abroad in London specifically as an English Writing major? What would you recommend in terms of things to see and for someone with an interest in English Writing?
RL: I think a writer’s responsibility is to see and feel widely—to share unique or universal experiences in ways we’ve never heard before but want to keep hearing again and again. As such, one of the most important things a writer can do is notice the details. London is a city filled to the brim with detail, thanks to a history that is equal parts rich and tragic and triumphant and controversial. There are stories everywhere—in the V&A museum’s cracked facade, the rounded peak of Primrose Hill, the alleyways of Shoreditch, and the sheets of moss that grow on the bank of the Thames.

My advice? Go everywhere you can, and pay special attention to the liminal spaces that cross your path. The spaces that seem outwardly unassuming, ambiguous, or in-transition often have the most to say. 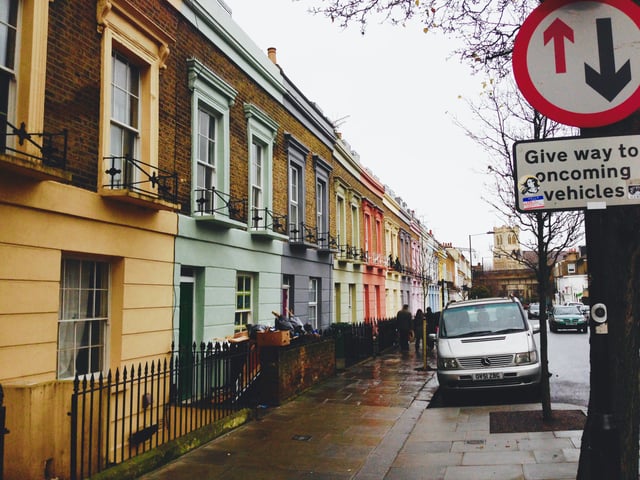 RL: As a literature fan, how did it feel to be in a city known for producing great writers? Are you reading any books right now? Give us 3 recommendations!

RL: When I call myself a writer, what I really mean is that I’m in love with words. It was humbling to live for six months in a country that was home to so many of the writers that taught me how to love words: Lewis Carroll, Zadie Smith, J.K. Rowling, Neil Gaiman, Jeanette Winterson, and Shakespeare—just to name a few!

I’ve been particularly drawn to nature writing since studying abroad, a type of writing that was born in England and seeks to connect the natural with the personal. Some great nature writing memoirs I’ve read recently include The Fish Ladder by Katherine Norbury and H is for Hawk by Helen MacDonald. Nature writing aside, I’m currently reading Accomplice to Memory by Q.M. Zhang, which is a historical memoir of a woman trying to piece together her ailing father’s mysterious exodus from China to the U.S. in order to understand more about her family’s history. 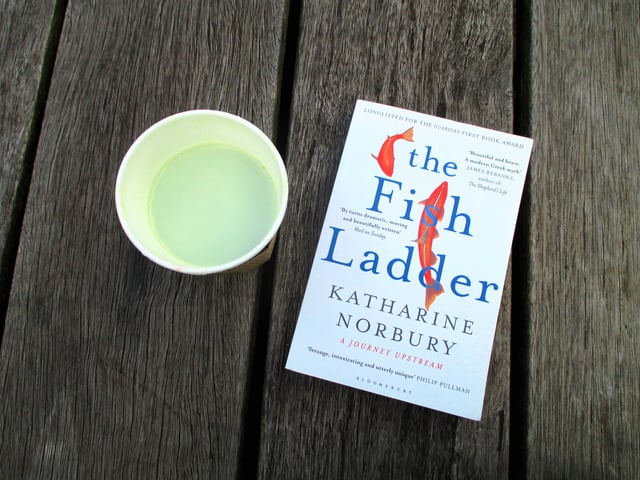 CW: Let’s talk about everyone’s favorite topic- food! What was the food like in London? Did you find any favorite dishes or restaurants? Did you try anything new or unusual that you'd never had before?
RL: If I had to describe British food in one word, it’d be “hearty.” There’s just something uniquely substantial about digging into freshly fried fish and chips doused in malt vinegar, or biting into the dense currant filling of an eccles cake, or demolishing a full English breakfast at a 24-hour greasy spoon. I especially loved the influence of Indian cuisine on London’s food scene—one memorable meal I had was a fusion burger from Baba G’s, which featured tikka-marinaded chicken dressed with mango pulp, tamarind sauce, and a mint cumin yogurt sauce. 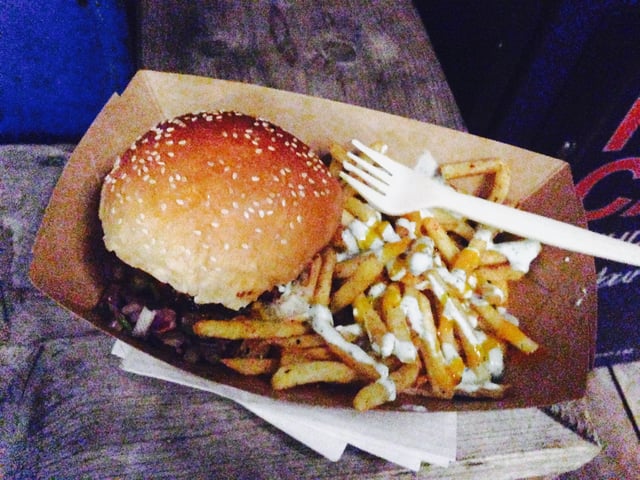 CW: London is often described as one of the most diverse cities in the world. Did you find that to be the case? How did your own sense of identity play into that?
RL: As an Asian-American living in Pittsburgh, a lot of my writing centers around the lack of ethnic spaces in my city. I’ve spent much of my college career working on a piece about the “disappearance” of Pittsburgh’s Chinatown and how it ties into my own sense of cultural “homelessness.” As such, when I arrived in London, I was both surprised and pleased by how visible the city’s diversity was. There was the Shepherd’s Bush market right next to our flat, where Indian, Caribbean, and African vendors sold bright fabrics, incense, and tropical fruits. In the busy streets of Camden Market, you could buy fried rice and falafel and soft tacos without ever having to move more than ten feet. And, of course, there was London’s Chinatown, wreathed in a canopy of red lanterns, where my friends and I had dinner during Chinese New Year. I remember feeling especially loved that day, sharing my culture with my new friends in a space that felt simultaneously new and familiar. 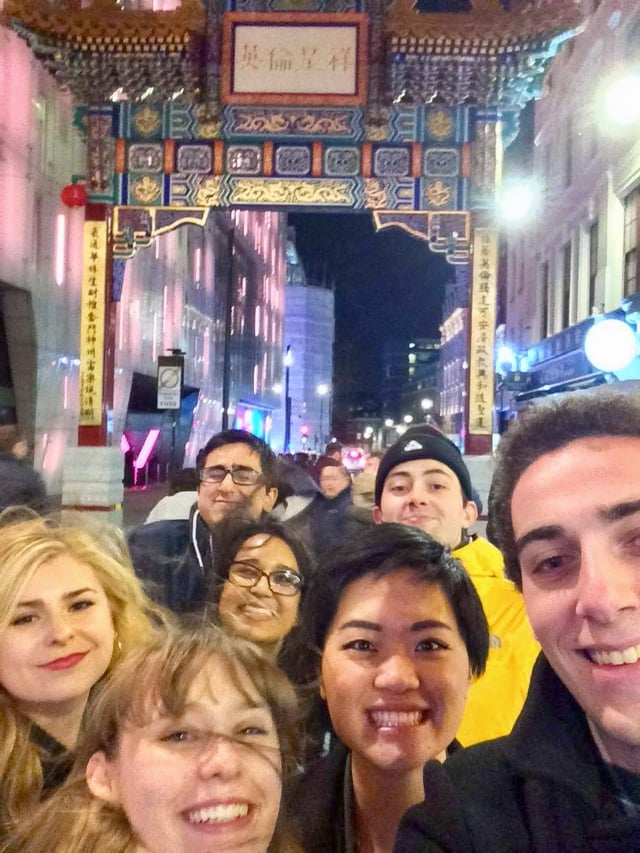 CW: Sometimes it’s nice to get away from the hustle and bustle of the city. Were you able to connect with nature easily in London? What were your favorite places to go to relax?
RL: Surprisingly, I found myself connecting with nature more in the city of London than in all the time I’d spent growing up in the wooded suburbs of eastern Pennsylvania. I think this certainly has something to do with London’s abundance of well-kept parks and green spaces, many of which I visited either for class or on my own. My favorite park was Kensington Gardens, which was especially magical after rain. As one of my professors showed our class during a field trip, if you stand with your arms outstretched in the open field by the Peter Pan statue, wild parakeets will descend from the trees and land on your fingertips, looking for nuts and seeds to carry away in their apple-red beaks. 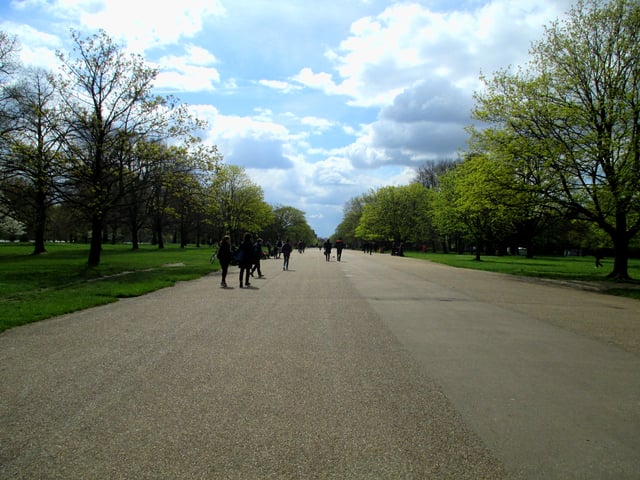 CW: Tell us about a specific moment when you felt you were completely immersed in the culture of your host city. What was it about that moment that made you feel that way?
RL: It happened like this: I was riding the Piccadilly line back home after a day of classes. It was early March, still cold, so everyone who stepped on the Tube was wrapped up in peacoats and scarves. I untucked my own scarf as people began to crowd the subway car, each of us simultaneously up-close yet worlds away. A woman lowered herself into a vacated seat, unfolding one of the many Evening Standards scattered by her shoes. I scanned the headline as she held paper up to her face, then looked away. The Tube rumbled forward. I watched, almost in a trance, as everyone in the car swayed to the subway current: left, then right, then left again, like seaweed pushed and pulled by a lazy tide. I was reminded, in that moment, of Carl Jung’s collective unconscious theory, of the possibility that we all belong to a universal psyche that explains why so many cultures share certain aspects of their otherwise divergent mythologies.

Then, as quickly as it had come, the moment passed. This is Hammersmith, said the intercom, and I rode the tide of exiting passengers out into the station. 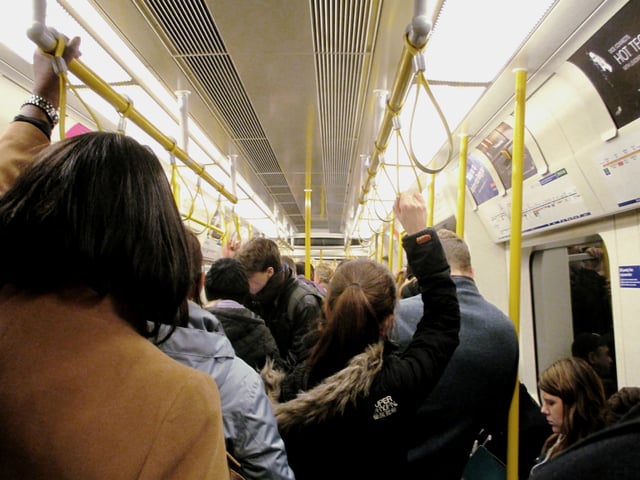 CW: Did you ever feel at home in London? Why or why not? Share a few of the reasons why the city stole your heart!
RL: “Home” is one of those interesting words that I’ve never had a solid definition for. What exactly makes a home? The physical place? The people you meet? The time you spend? I think all three played a part in helping me feel at home in London, but what really stuck with me was the friendships I made. Whether we hang out in person or talk online, there’s an implicit understanding that we accomplished something together. For the friends I made that also go to Pitt, we often talk about the things we miss: the late night trips to Sainsbury’s, the quest for London’s perfect burger, the excursions to Paris and Barcelona and Lisbon, and the bar crawls under the lights of Piccadilly Circus. We make new memories, and we celebrate old ones. Somewhere in between, we define the meaning of “home.” 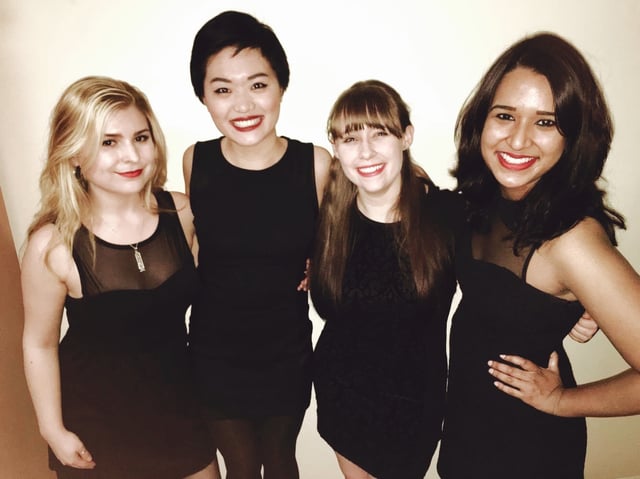 CW: Is there anything you wish you would have done while you were studying abroad that you didn’t manage to fit in? Is there anything you did that you didn't expect to do but particularly enjoyed?
RL: Ironically, in an attempt to experience London as authentically as possible, I missed out some of the more well-known tourist attractions: I didn’t ride the London Eye, or walk Tower Bridge, or take a picture with a red telephone booth. Instead, I spent an unexpected amount of time exploring Shoreditch, London’s artistic district, which showed me a contemporary side to London that I’d neither heard about or envisioned before arriving in the city. If I had to pick, I think what I loved most about Shoreditch was its street art, which often posed modern-day societal criticisms and thoughtful inquiries about the human condition. 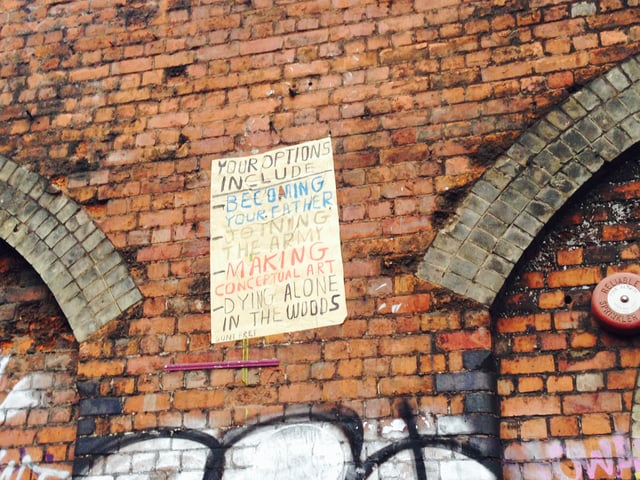 CW: What changes have you seen in yourself since you went on your study abroad program? Are they positive or negative? Why do you think these changes have occurred?
RL: As I mentioned in the beginning of this interview, I left for London hoping to “find what I was looking for.” In retrospect, I think that “something” was perspective. Studying abroad really helped me to start paying more attention, both to myself and to my place in the world. I’ve realized that I’m not limited to the U.S. in regards to my future or my career, and I’ve regained a sense of appreciation for the things my surroundings have to offer. Everywhere you go, there is newness and wonder and opportunity—whether its across the ocean or right under your own two feet. 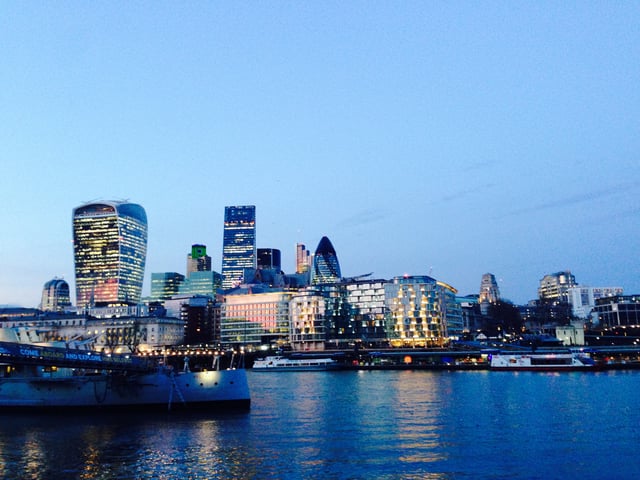