Worlds Apart: From Idealism to Pragmatism

Let me make it clear from the outset, I am not assuming the role of outraged dinosaur or rabid reactionary howling ineffectually at the ways things are. Instead, I want to illustrate a change that has taken place, over roughly the last 25 years, often unnoticed and unremarked, in the way in which we talk about our work. I have been pondering an alteration in our collective consciousness partly out of nostalgia for the dreams of the past, and partly out of unease at the direction in which we have moved.

In my admittedly faulty memory and in brief, we have shifted from talking about the collective good to focusing on personal benefit; from describing ways in which education abroad brings diverse individuals together to emphasising the personal advantages that participants can gain. In the years following World War II, there was a vision (perhaps illusion) that education abroad might bring greater international understanding through the interaction of young people across borders. The motivations of international educators then, as now, were certainly mixed but somewhere woven into the fabric of our profession was the idea that we were involved, however tenuously, in working for peace and mutual understanding.

In 1994, Senator William Fulbright contributed to a volume of essays in honor of the retiring President of CIEE, Jack Egle. Jack was one of the pioneers of post-war international education (and my first employer in the field). William Fulbright was Honorary Chair of the organization. One of his major contributions to our field was that he initiated legislation that requisitioned redundant war cruisers to be refitted for trans-Atlantic student travel. The remnants of the conflict were transformed into agencies of re-connection between those separated by war.

There was something of the passion and vision of Isiah in this:

They shall beat their swords into plowshares, and their spears into pruninghooks: nation shall not lift up sword against nation, neither shall they learn war any more. 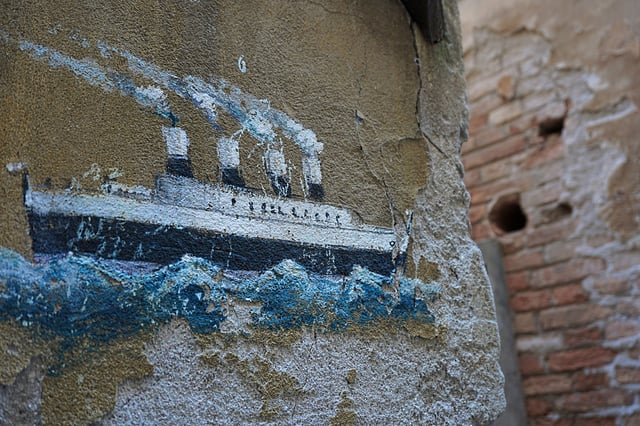 Those ships were more than an expression of a commitment to peace; they became the mechanism and financial basis through which study abroad opportunities were created for thousands of students in the post-war era. Julius Coles, a member of CAPA’s Academic Advisory Broad, was a passenger on one of those ships and describes his experience in his moving memoir “Fools or Brothers: Childhood Dreams and Memory” in Civil Rights and Inequalities (CAPA Occasional Paper 6, available at https://www.capa.org/for-institutions/academic-publications). In these days of convenient and relatively cheap flights it is easy to underestimate the critical importance of low-cost travel in the evolution of education abroad. The ships were a critical aspect in the history of our work.

Fulbright was a visionary but his roots were in the deep south of Jim Crow`s discrimination. He told me and many others of his radical conversion. He used his own history to illustrate the need for alterations in our sensibilities. As the Senator for Arkansas he had been a signatory and supporter of the notorious Southern Manifesto of 1956 which opposed racial integration. As a young politician in the South he had believed in segregation, in separation of people on the basis of the color of skin. Subsequently, he underwent a 100% transformation in his principles coming to believe that contact between individuals across race and nation was the only way to create a better world.

Fulbright expressed those beliefs in The Power of Educational Exchange: Essays in Honor of Jack Egle:

What we must all try to acquire through education is some degree of perception and perspective about the various people of the world… we must seek through education to develop empathy, that rare and wonderful ability to see the world as others see it…Educational exchange can turn nations into people, contributing as no other form of communication can to the humanizing of international relations. Man’s capacity for decent behaviour seems to vary directly with his perception of others as individual humans with human motives and feelings.

He went on to define what he called “the greatest power of educational exchange”:

… it contributes to the feeling of a common humanity, to an emotional awareness that other countries are populated not by doctrines that we fear but by individual people – people with the same capacity for pleasure and pain, for cruelty and kindness, as the people we were brought up with in our own countries.

Other contributors described how international education was “helping young people discover their world and each other” (Thomas Bartlett). William Allaway argued that: “It provides the opportunity to form lasting friendships that tend to be far stronger than the differences that may exist between nations.” 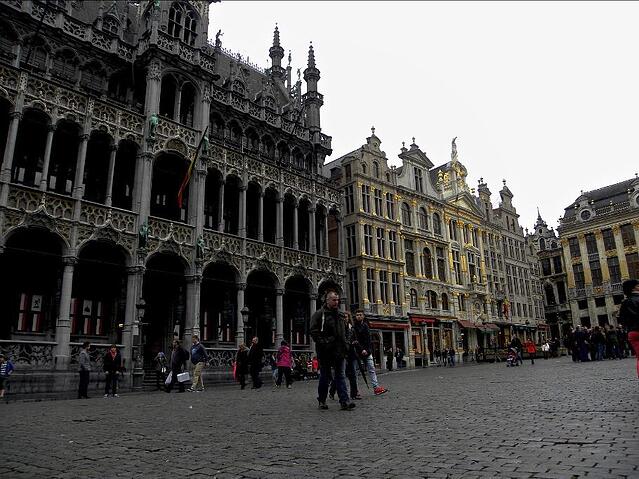 There is a common thread here. Education abroad, perhaps idealistically, is described as a mechanism to enhance greater understanding between nations because it connects individual students at grassroots levels be it through work, study, travel, internships or other modes of engagement, intentional or accidental. The core ideology is that education abroad is a collective good because it has the potential to enrich the sensibilities of all those who participate directly or indirectly, as travelers or young people in the host country. The rhetoric was rooted in the principle that what we were trying to do was to counter prejudice and destructive nationalisms: an endeavour developed in the shadow of the cataclysmic conflicts that characterised 20th Century history. Idealistic aspiration driven by notions of eroding traditional enmities was embedded in the ethos.

Those principles have progressively been disconnected from our field. Education abroad is now more frequently described in terms of individual benefits; the ways in which students can gain career and life advantages by distinguishing themselves from those who do not study abroad. It is envisaged as an opportunity to separate the participant from the majority who may have neither means or inclination to participate.

The focus on employability makes this emphasis particularly apparent. The following extracts, from the journals we produce with the University of Minnesota Career Integration: Reviewing the Impact of Experience Abroad on Employment (2015 and 2017), illustrate a significant shift of emphasis. These extracts (from diverse sources) are left anonymous because there is no intention to suggest any personal critical perspective. Instead, they should be read as symptomatic and representative:

Studying abroad is one of the best ways to expand a student’s immediate personal horizons and open up a wealth of long-term professional opportunities. Learning how to interact with people from other countries will be essential for all careers, be they in business, manufacturing, engineering, journalism, law and so on…students who study abroad gain diverse skills, knowledge and talents that make them more employable than those who do not. International experience in higher education is seen as improving the chances of finding a job. I surmise that, through study abroad experience, undergraduate students acquire some of the most valued and sought after skill sets needed to be successful in today’s work force.

The sole emphasis is on what the individual student can gain from education abroad.

The distinction between the essays of 1994 and the extracts from the 2015 and 2017 journals may not have the status of credible research, but it reflects what smart people call the Zeitgeist (or spirit of the times). I am aware that this is also a selective comparison of sources but I think they broadly represent a shift in the rhetoric of education abroad: from a collective good that prioritizes human interaction to one that is based on distinguishing the participant from others: a path from idealism towards utilitarian pragmatism. Emphasis on the special benefits of study abroad for the individual also enforces the implication that what we do creates a privileged elite. Perhaps, from a sceptical viewpoint, that simply reflects reality. Students in this context are individual beneficiaries; they gain a foot up on the ladder of personal aspiration. The current orthodoxy is that education abroad creates an elite who are, by nature of their experience, more employable than their peers.

Another alteration is that the young people of the host country have disappeared from the narrative. William Fulbright perceived mutual enrichment as a benefit of international education. In the ways we now describe the benefits of what we do, the students overseas are notably absent. The narrative limits the impact to American students and how it serves their interests as individuals within U.S. higher education. The idea of exchange, for example, has become an administrative definition of a kind of international program rather than, as in Fulbright’s vision, an inherent benefit resulting from learning about each other through interaction. Exchange is narrowed from the concept of enriching engagement to a technical arrangement to swap housing and tuition.

These shifts reflect in microcosm a much wider ideological alteration in our recent history. The principles of collectivism have largely, for good or ill, been superseded by an emphasis on individualism. Ideologies and institutions of collectivism (e.g. socialism, working class communities and their values, trade unions) have been undermined by a combination of the impact of globalization on traditional industries, and political will exemplified in the 1980s in the radical ideologies of Ronald Reagan and Margaret Thatcher. The prevailing political momentum, at least in the developed world, in the later decades of the 20th century was towards a philosophy of self-reliance over social cohesion. The victory of individualism over collectivism is reflected in the ways in which we describe the value of education abroad. 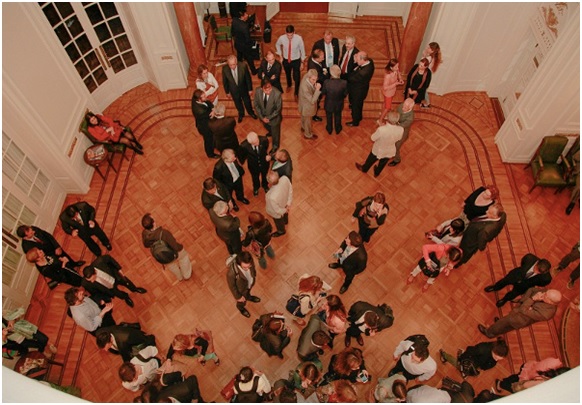 I have, of course “loaded the dice” to express and, perhaps, somewhat exaggerate a tendency. In the 1990s, workers in this field were obviously aware of the responsibility to impart skills that helped students find jobs. In these days, there are many colleagues with profound commitment to the idea that the work we do is in the service of international understanding. What has changed, however, is the manner in which we position our aspirations. Perhaps this reflects a necessary adjustment to economic imperatives and a compromise with reality. In any case, the consequence is that our apparent priorities have become instrumental and individualistic.

The distance between the essays of 1994 and the current rhetoric of study abroad is not only one of time. It reflects a transformation in global ideologies, embodies the priorities of a utilitarian, pragmatic philosophy centred on the primacy of self. We no longer seek to change the world.

The idealism of a recent past has given way to the realities of the present.

We are now worlds apart.